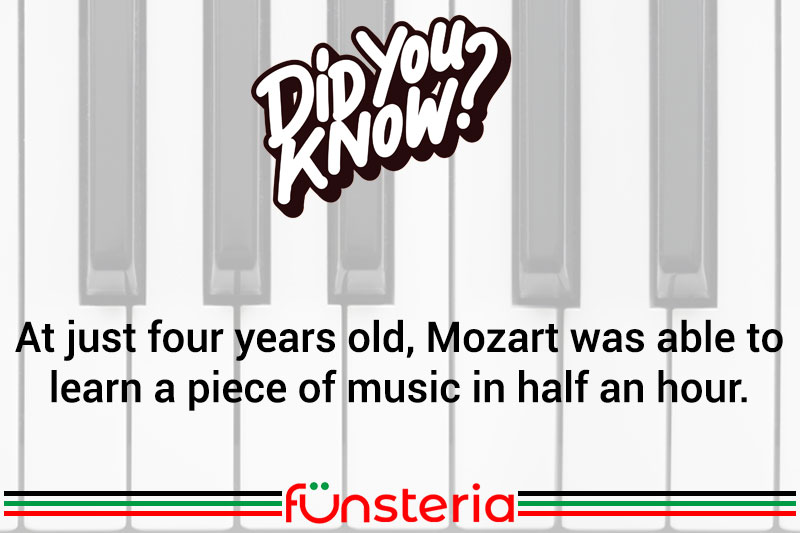 When the phrase “child prodigy” was coined, they might have been thinking of Wolfgang Amadeus Mozart (1756-1791).

In an age when children were not pampered, some began to take on responsibilities and duties in the family at a young age. But in the Mozart household, where father Leopold Mozart was a violinist and lesser-known composer, there were no such requirements. He was free to do what he wanted, and what he wanted, was to create music. At four years of age, he was memorizing a work in as little as half an hour. He began composing at six, and by the age of eight, had written his first symphony, while he was on tour. For Leopold had begun demonstrating his son’s extraordinary skills to the court and public when Mozart was a tender six years old. He would go on to tour, until he turned 15.

In the 18th century, composers, like other artists, could not afford to be free spirits. They needed support while they created, and could usually be found attached to a court, or rich patron. Mozart’s impetuous and tempestuous nature would end his brief stint as court organist to the Bishop in Salzburg, in 1781. From then on, he would become what one might call the very first, freelance musician.

Over the next ten years, Mozart compositions in every genre, poured forth from his pen, including “The Marriage of Figaro”, composed in 1786, the oldest opera still used in the repertoire of today’s opera houses.

Mozart, who had made a considerable sum with his performances and compositions, survived his own financial irresponsibility and fractious court behavior, only to succumb to what is likely kidney disease, in 1791.