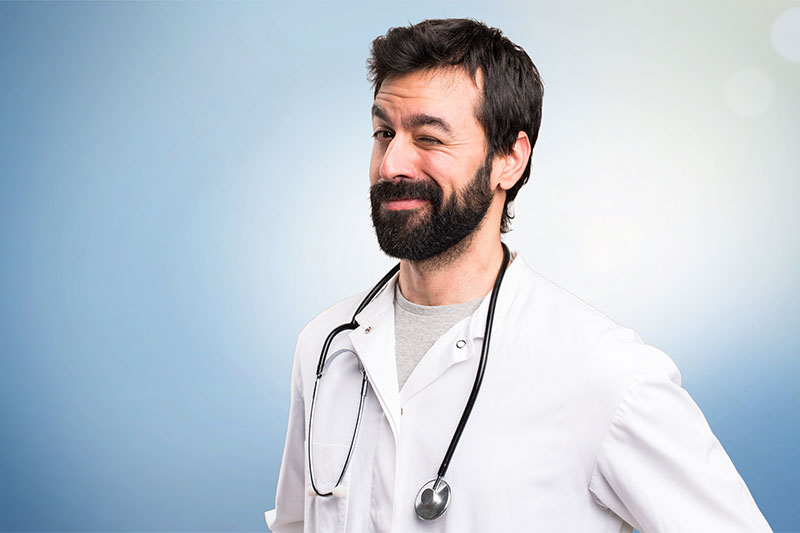 A young man had completed medical school. He went back home to the small town to work with his father. They went out the first day to make house calls. As they went in the first house the father said “Now you watch me so you will know what to do.”

Inside, a woman was in the bed and she looked terrible. The old doctor checked her out. He was making notes when he dropped his pen to the floor. He picked it up and told the woman she need to quit cleaning and working so hard in her house, she just needed rest.
When they got outside, the son asked how he knew that she was cleaning too much. The old doctor said that when he dropped his pen, the floor was so clean that there wasn’t a speck of dust anywhere.
When they arrived at the next house, the father told his son that it was his turn to examine the patient. At this house too, the woman was in bed, looking terrible. The young doctor took her blood pressure and pulse, asked a few questions, and made some notes. Then he dropped his pen and reached down to pick it up. He told the woman that she was doing too much church work, and needed to cut down on what she did.
When the two doctors went outside, the old doctor asked the young one how he knew that she was doing too much church work.
The young one said, “Well, when I bent down to pick up my pen, I saw the preacher under the bed.”