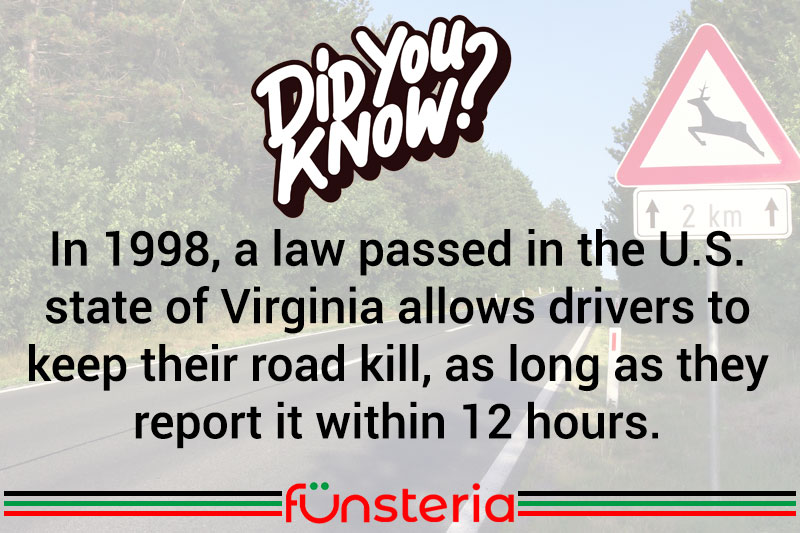 At one time, the wife called her husband at work and asked him to pick up a quart of milk and loaf of bread on his way home to dinner. But today, many people are literally picking up their dinners on the way home.

Reduce, re-use and recycle is the mantra of the environmental movement. And now some fans of flat, furry things have added “road kill”.

The introduction of the internal combustion engine to our roads, in the form of automobiles, meant that man moved faster than animals. Thus began the appearance of porcupine pancakes and other assorted blots of possum on our pavement. You have to appreciate that this was not something that wildlife had the instincts to combat or run from, since they had never seen anything like it before.

Technically speaking, road kill is any animal struck and killed by a motorized vehicle on a road, highway, or freeway. If you don’t travel outside town in rural or wooded areas much, you might not think it’s that much of a problem. But from a 1993 survey done by 25 New England schools, a newspaper calculated the annual rate and species of road kill nationally, and it went something like this: 41 million squirrels, 26 million cats, 22 million rats, 19 million opossums, 15 million raccoons, 6 million dogs, and 350,000 deer.

That’s a lot of stew and steak left on the shoulder. But can you legally take it home after you’ve bumped it off with your bumper? The answer varies by state. Some Wildlife departments are mighty suspicious when the road kill count of deer goes up, and so all victims of vehicular mashing, are illegal to possess. But some states are more lenient, like Virginia, where in 1998 they passed a law permitting the keeping and consumption of road kill, if it’s reported within 12 hours. Yum. Would you like dumplings with that skunk stew?