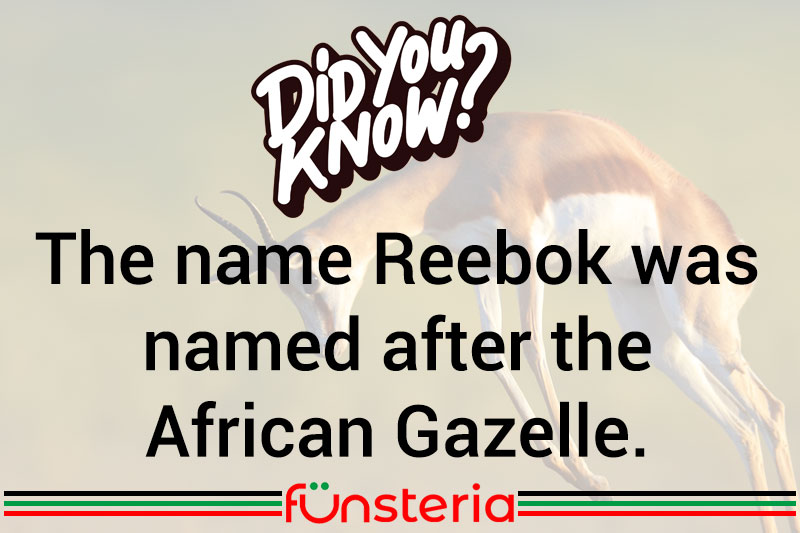 Around the time that the modern Olympics were re-born in 1894, running was becoming an increasingly popular sport, hence the sudden demand for shoes that would help runners get a better grip on the surfaces where they raced. Enter the fledgling J.W. Foster and Sons Company, a UK based shoe manufacturer, who was soon producing handmade shoes for the elite athletes of the world. They even made the shoes for the famous 1924 Olympic runners who are profiled in the movie “Chariots of Fire”

Eventually, the need for sports shoes outgrew the ability to make them by hand, and two of Foster’s grandsons, Joe and Jeff Foster started a companion company named Mercury Sports, in 1958.

The “boys” had been runners themselves. In fact, it was Joe’s prowess as a youth that would bring about the name change to Reebok in 1961. They were looking through a dictionary that Joe had won as a race prize when he was younger, and came across the word “reebok”, which is the South African spelling for a gazelle that is fleet of foot. The English spelling is “rehbok”, but it wasn’t an English dictionary, and the spelling stayed.