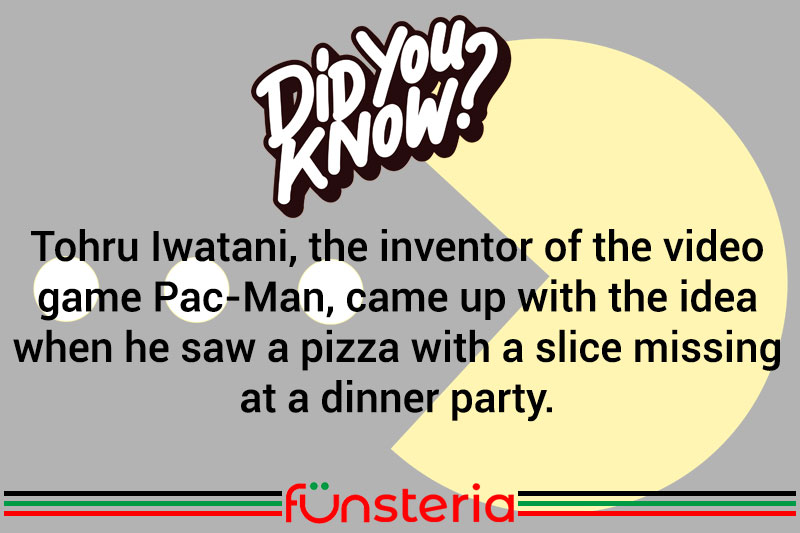 Remember “Pong”, literally the first arcade game that could be played at home? It was as basic as you could get, just a white ping-pong style ball that bounced around the screen, controlled by an elementary game console. It was the start of the video game era, and was followed shortly by more “sophisticated” games that included “Space Invaders” an addictive rockets and missiles space age “shoot ’em up” game. And in turn, it too would be overwhelmed by a new invention: the hand-held video game.

In 1980, the Japanese company Namco, issued a game they called “Puck Man”, a term derived from the Japanese term “paku paku”, which means “he eats, he eats”. In America, we knew it as Pac-Man, the game where a little yellow circle had a pie slice mouth that opened and closed, consuming dots for power, as it traveled around a maze, avoiding ghosts and monsters.

The actual inventor was an employee of Namco, named Tohru Iwatani, who was inspired to invent the game while eating a pizza. He became fascinated by the shape of a round pizza, missing a slice, and for 17 months, worked away at creating a game that would provide non-violent interaction to engage the interest of both boys and girls, a key selling point that helped it eat up the market in North America.

Upon release in Japan, it met with a lukewarm reception. That was more than made up for when the Midway Company in America took an option on its distribution, and changed the name to Pac-Man. The reason for the name change, is attributed to the company’s fear that pranksters would scratch out the P in Puck Man and substitute an F.