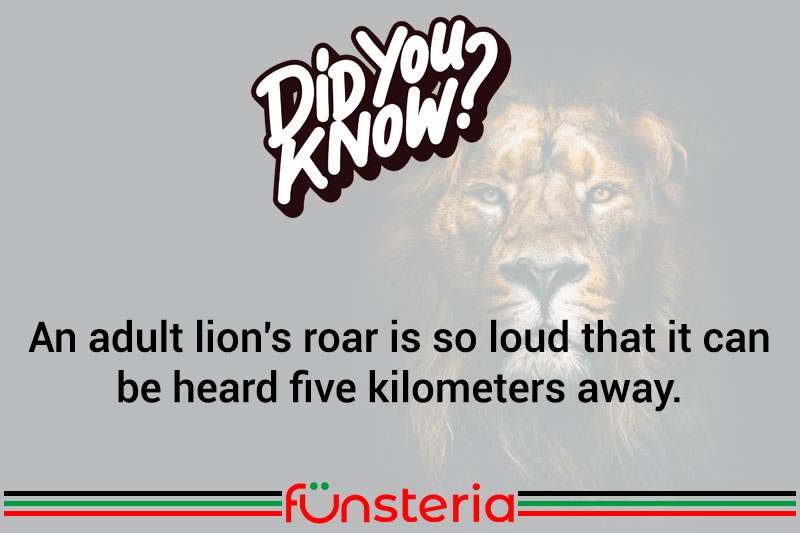 The vocalizations of different species vary greatly, depending on what the sound is used for. Those uses can include warning off predators, advertising their availability to mate, or simply stating “this is mine”. Of all four-footed creatures in the wild, the roar of the lion is perhaps the most impressive, and certainly the one heard from the greatest distance. When a male lion bellows, it’s estimated that sound carries as far as 5 miles.

Only four cats can roar: the panther, the jaguar, the tiger and the lion. For that reason, they are classified in the genus Panthera. Their secret is a two-piece hyoid bone in the throat, where all other cats have only one. The roar that can raise a cloud of dust, has also raised the hair of many a human. But exactly why do they vocalize?

Most of it has to do with territory. Both the male and female will roar. She, to protect her cubs from encroaching males trying to infiltrate the pride, or to call nearby females to help defend her young. The downside of this for the female, is that if she is warning off another female, she is also announcing her sex and location to any nomadic males, who will then approach the pride. However, it can also call the resident male lion, to put an end to any encroaching male. The dominant male will not usually interfere in a dispute between females, but can tell the difference between a female roaring at another female, and one roaring at a stranger.

Male lions who are nomadic, roar very seldom. They are either young lions looking to start a pride, or to infiltrate one and take over the females. Scientists say that on average, rule over a group of females lasts only an average 2-3 years before an aging male is ousted. Resident males are frequently observed roaring at night, the usual time they vocalize. They may simply be announcing their presence, or may have smelled an encroaching lion and are warning them off.