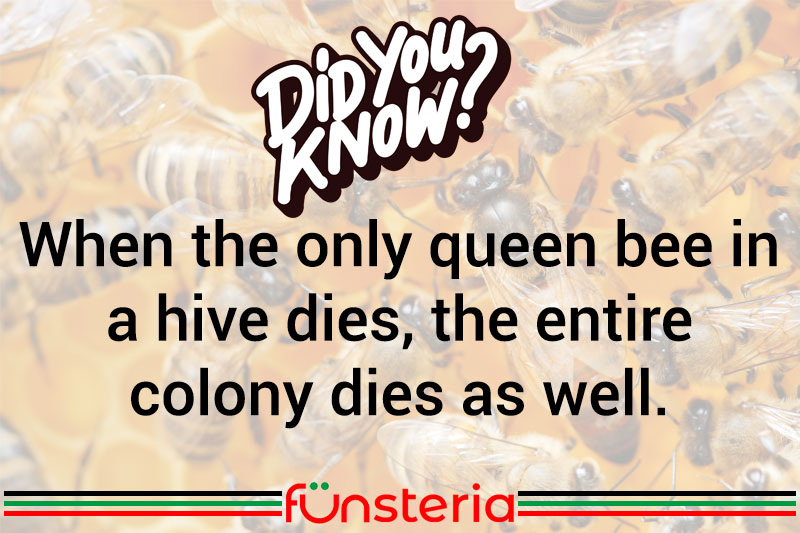 Mother Nature has some weird and wonderful laws that can’t be broken, no matter how desperate the circumstances.

Take a bee colony for example. As most people know, a hive of bees has only one fertile female, who reigns as the Queen. Only the Queen can mate with a male, and just once in her lifetime at that. It’s all she needs to continue laying eggs, which will hatch and produce sterile female bees who become the drones that collect the pollen, produce the honey, and guard the hive. If another female mistakenly produces eggs, they are eaten by the rest of the bees. To prevent such incidents, the Queen secretes a hormone that renders other females’ ovaries inactive.

But what happens when a Queen dies? If a new one is not introduced by the beekeeper, there’s a very good chance the entire colony will die. Without the damping influence of the Queen’s hormones, other female bees begin producing eggs en masse, but since they have not mated with a male, the offspring that hatch are males and useless to the colony.

The incidence of “strangers” or bees from other colonies, doubles to 4.5% on the death of a Queen, and they appear to be responsible for the largest portion of new eggs, but those too are useless, and without an ongoing supply of new female workers, the colony gradually dies out.