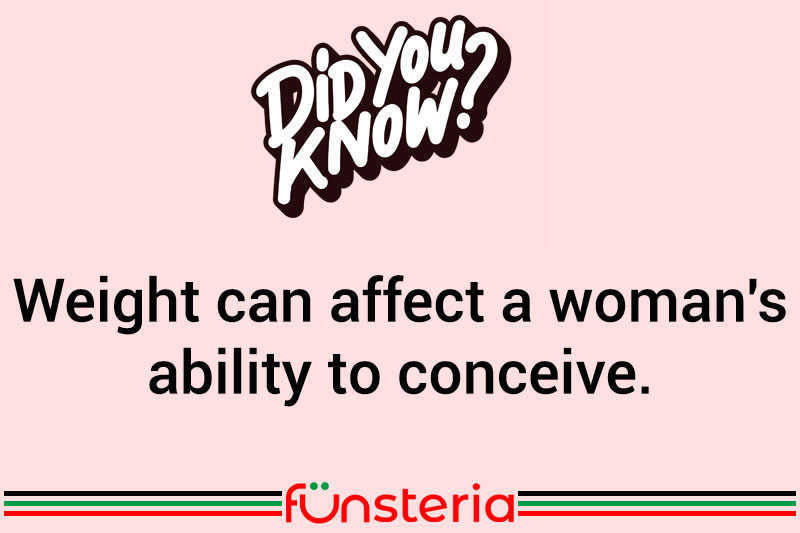 Many things can affect a woman’s ability to conceive. The number of couples attending fertility clinics has risen over the last few years, as more women have tried and failed to have a baby. On average the responsibility for failure to conceive lies equally divided between the man, the woman, and unknown causes. And while there are more treatments than ever to remedy your childless state, including hormonal treatments, in vitro fertilization, and even egg donations, sometimes the problem is relatively easy to cure.

It has to do with bodyweight. The first thought that springs into most people’s minds, is “she’s too heavy”. That can be true in some cases, with women who are truly obese often having hormonal issues that interfere with the natural processes. But more and more, doctors are seeing women who are underweight, and unable to have a child. Partly responsible for this, are a low body mass index from excessive physical activity, addictions to exercising, body image problems, eating disorders, and other emotional issues that result in the woman being underweight.

When the body does not have approximately 22% fat, it can suffer from irregular or total loss of the menstrual cycle, and a lack of ovulation. The good news is, that after attaining a healthy weight, most women can conceive, but need to monitor that weight into the pregnancy, since an underweight expectant mother will not have the nourishment needed for her body and the baby’s, and an overweight woman may experience high blood pressure and pregnancy diabetes.