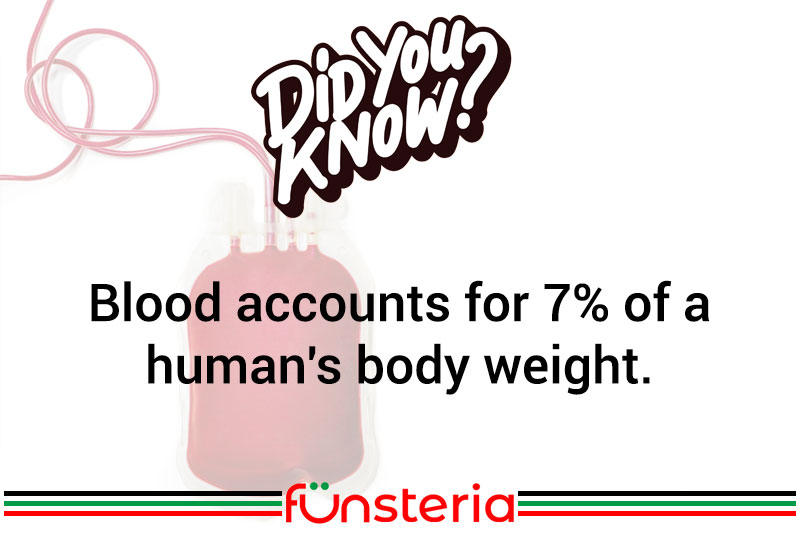 If we didn’t need it to live, we could lose a few pounds by having ourselves “bled”, a medical treatment used well into the 19th century for such things as migraines, stroke, high blood pressure, and almost anything else a doctor couldn’t diagnose. In some cases, the patient would actually have a vein nicked and they would be allowed to bleed into a bucket. In others, they would have a few medically raised leeches purchased at the chemist’s (pharmacy) applied to their body, then plucked off when they were full.

The average human can figure that about 7% of their body weight lies in the five liters of blood circulating through them. So a 160 lb. man would have just over 11 pounds worth of blood. But blood volume does vary by size, and life stages, for example it increases significantly in the pregnant woman, because it’s nourishing a growing fetus.

You wouldn’t think that a liquid would be that heavy, but blood is considered a circulating tissue. Because it is comprised of cells and plasma that travel through the circulatory system, filtering out waste and carrying oxygen to other tissue in the organs and muscles, while picking up such substances as fats that we ingest, blood is denser than plain water.