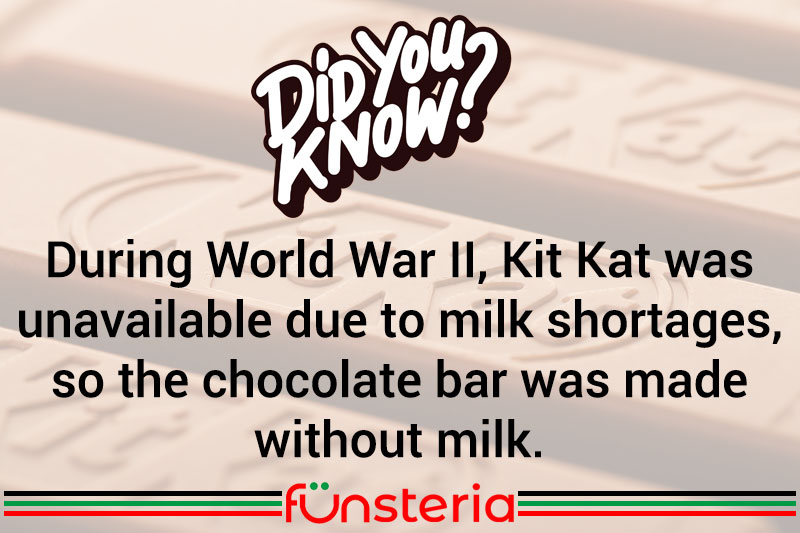 In 1894, Milton Hershey decided to coat his caramels with sweet chocolate, and a candy dynasty was born. By 1900, his company was able to mass produce milk chocolate, which previously had been something only the well-to-do, could afford. That sinfully rich coating, on a wafer bar, (two-fingers and four) would become the Kitkat bar in 1931.

During the second World War, the trademark red and white wrapper was withdrawn due to shortages of milk, and the bar became just plain old chocolate on a wafer, with a temporary blue wrapper. When milk production rose again in 1947, the red and white trademark packaging returned.

The Kitkat is still a venerable institution today, especially in the UK, where it is the bar of choice. But when sales dropped 9% in 2003, executives dumped their slogan of 47 years “Have a Kitkat, have a break”, for the more mundane, and plain dull, “Make the most of your break.” Company executives claimed it just didn’t seem to make people want to buy the bar anymore, despite the fact that it is still #1 in UK chocolate bar sales, with an estimated 47 Kitkats consumed every second.