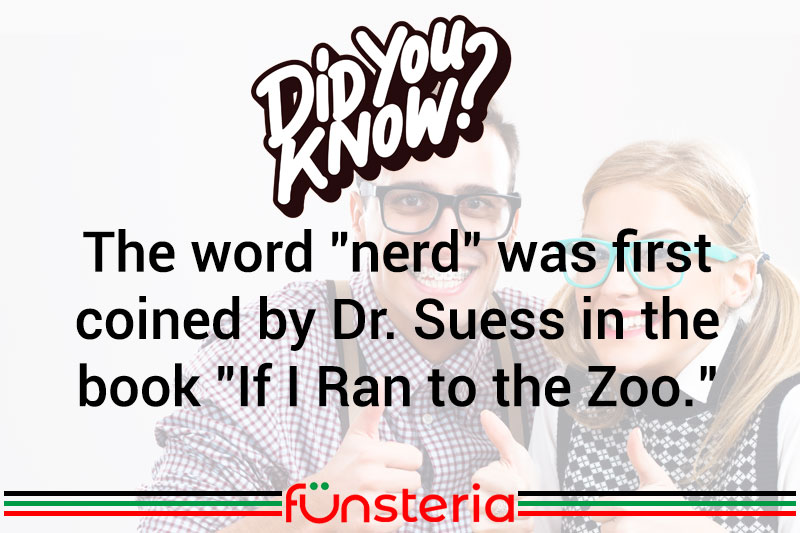 Nerd is the ultimate in geek terminology, applied to the studious or intellectual who appears to have no other outside sources of interest like sports, drinking or chasing girls. But where did we first get the expression?

Like many murky historical matters, this one is hotly debated. The first known evidence of the word in printed form comes from Dr. Seuss, who published a book in 1950 called “If I Ran The Zoo”, in which he promises to bring back for his zoo, “…a Nerkle, a Nerd, and a Seersucker, too.” Barely a year later, in the October 8, 1951 issue of Newsweek, there appears the quote “In Detroit, someone who once would be called a drip or a square is now, regrettably, a nerd, or in a less severe case, a scurve.”

The problem is that Dr. Seuss in no way ties the term to the person with more brain than brawn. And Newsweek, while laying out the definition, fails to say where they got it.

And so it has gone ever since. Everyone knows what a nerd is, but nobody knows who pinned the label on those who work hunched over desks or computers, wearing pocket protectors for their pens.