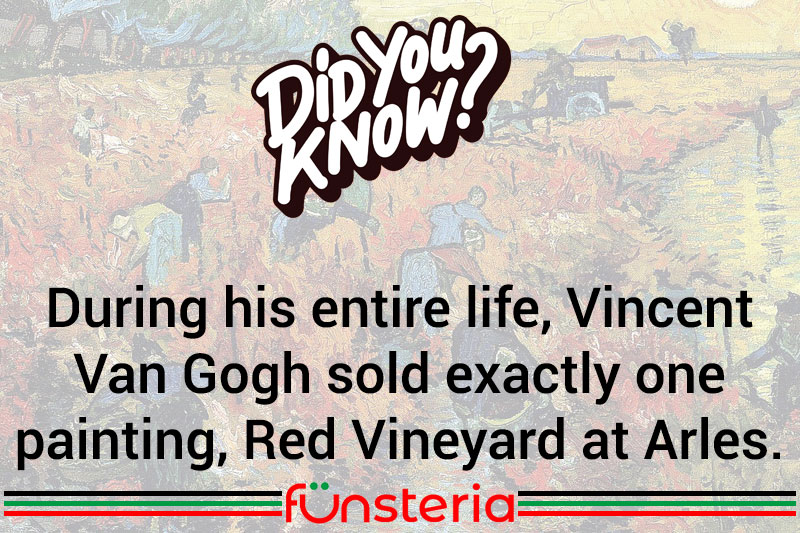 The tortured genius of Vincent Van Gogh has been a subject of interest for artists, historians and psychologists since his death in the late 1800s. Although relatively prolific as an artist, he enjoyed no commercial success during his lifetime, only having officially sold one work, a scenic view called The Red Vineyard.

Van Gogh lived primarily on support from his brother, painting feverishly, even when deep in the depressions and manias that colored the latter part of his life. He became enamored of the new, vibrant paint colors being developed, predominantly yellow, and went so far as to rent a yellow house at Arles, France, which would be his last studio.

There he resided for a time with fellow artist Paul Gaugin, until Van Gogh’s first breakdown when they parted ways. During this period, Van Gogh turned out his famous sunflower paintings, multiple copies on the same theme, in bright yellows and oranges, with varying numbers of flowers in all states from closed buds to wilting, dry stalks. One of the renditions would eventually sell for nearly $40 million dollars in 1987, up to that point, the most expensive painting ever. Only three years later, his Portrait of Dr. Cachet, would sell at auction for an amazing $82.5 million dollars.

Yet Van Gogh enjoyed nowhere near that success. In fact, most of his paintings he gave away, producing copies of his favorites for friends.