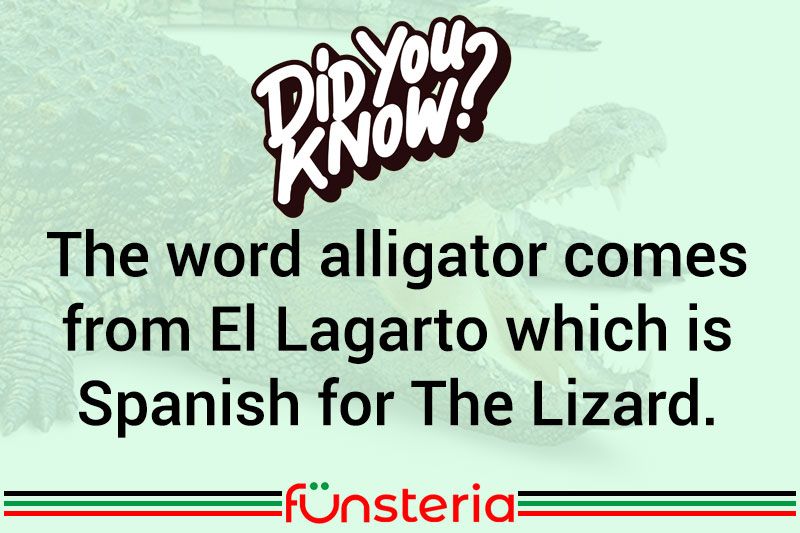 Hundreds of years ago, when Spaniards landed in Florida, they went sloshing through the swamps, then suddenly started screaming “Madre de Dios!” Actually, the language may have been a bit saltier than that, when they saw their first alligator, which they named “el ligato” or “the lizard”, from which it gets the name “alligator”.

But they were in little danger, really. Alligators are not by nature, an animal with a taste for humans, unlike the similar but grumpier crocodile.

While crocodiles can be found around the globe, the alligator is primarily a denizen of the southeastern United States, where it can be found imitating submerged wood in the many murky swamps.

Not that either one should be approached and petted, but you are safer in the company of an alligator, since the crocodile is known to have an undependable temperament that makes them highly territorial.

So if you fall out of your canoe in a Florida swamp, remember this- alligators are a grayish color, and show no teeth when their mouths are closed. You have time to get back in the boat. Crocodiles are tan colored, with a broad snout, and have a pair of teeth that protrude from the bottom jaw, up over the top one. Swim faster.