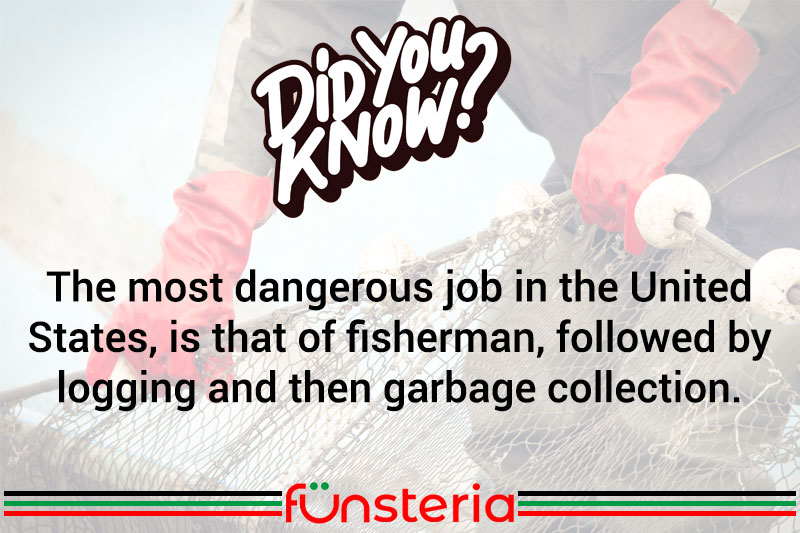 Our image of heroic occupations centers around such things as doctors and nurses, and when it comes to those with high risks, we think firemen and policemen. Granted, the latter are riskier than most, but do not result in a high incidence of injury and/or death. For that you have to go down to the sea again, and become a fisherman.

For despite the advanced technology that provides commercial fishermen with GPS systems, survival suits and watertight escape capsules, it is still the occupation with more fatalities per 100,000 than any other. An average of 178 people engaged in fishing as a profession, die from injuries, drowning, and collisions.

You wouldn’t think there’s that much danger out on the ocean, but there is. And just a tad more than deep in the woods, where workers in the timber trade record the second highest occupational death rate at 156 per 100,000. Given the risk of the equipment involved, including saws, machines that tip, trees that don’t fall where you think they will, that figure is less surprising.

The most interesting profession on the list of risky occupations is the third-ranked garbage collector. Yes, believe it or not, the guys (and yes, gals) who loft those cans, lose 90 workers per 100,000 employees. Why? Put most of those deaths down to careless drivers who try to pass the trucks, run into their back ends, and fail to slow down.