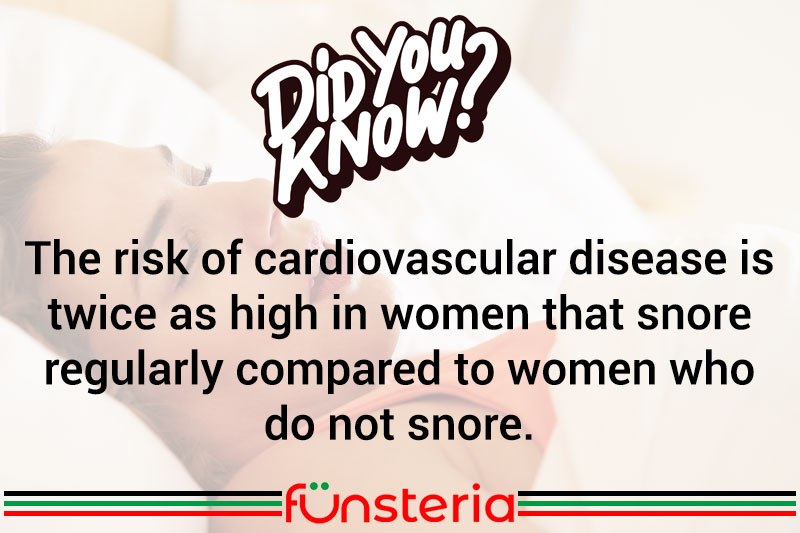 But an unusual study in 2000, reported in the Journal of the American College of Cardiology, shows that women who snore, have more reasons to be concerned about their own snoring, than their partner’s.

The eight-year study which followed 72,000 nurses, focused on the incidents of snoring and heart disease. Previous studies of a similar nature were shorter and only dealt with men.

Out of all the study subjects, 10% reported regular snoring, 25% reported never snoring, and the balance of 65% had periodic snoring. The incidents of snoring were greater in divorced or widowed women at 11% than for married women at 9%.

Those who snored on a regular basis were found to have confirmed health issues, or lifestyle/habits that impacted their health, including smoking, alcohol use, obesity, high blood pressure, and high cholesterol.

What the statistics boiled down to, even after adjustments for the fact that snorers were usually in poorer health, was that risks for cardiovascular disease or events, was 33% higher in regular snorers, and 20% higher in occasional snorers, than for those who never snored.

The study authors concluded that while more research was indicated, that there was still a significantly higher risk of heart attack and stroke in women who snore.