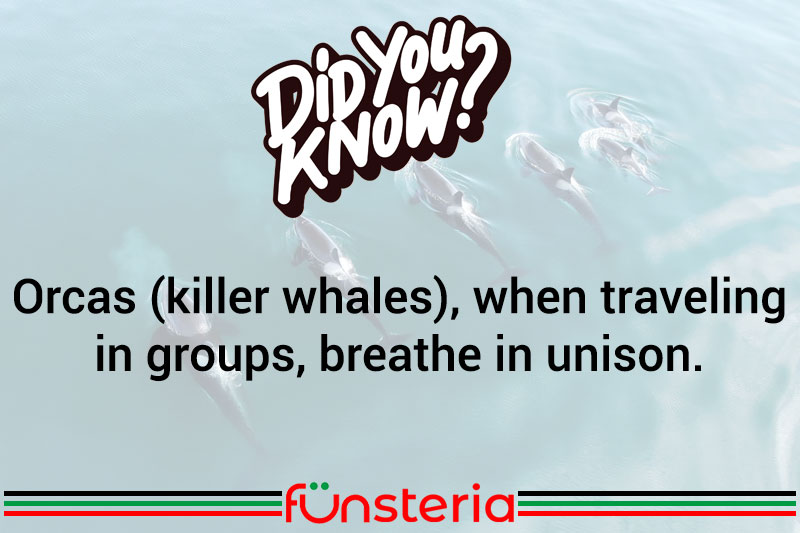 If not the prince, the Orca must surely be the King of Whales. These massive black and white creatures, more commonly known as killer whales, have become prize exhibits at sea parks, and on ocean boat tours.

Technically a type of dolphin, the killer whale is also highly intelligent, something which has enhanced their performance value as entertainment at theme parks. They are also a very social animal, which makes captivity by themselves, extremely stressful.

In the wild, Orcas travel in pods, and enjoy such group activities as tail slapping, breaching, headstands, and chasing each other for play, or foreplay. When the pod decides to move on, they all travel facing in the same direction, either in a line, or in small groups. Their rate of respiration while traveling, is slower than while feeding, and at times may actually coordinate with other members of the pod.

Orcas feed on fish, either cruising through the school with their mouths open, or sometimes by circling a school of fish, and “penning” them for the benefit of several whales at a time.