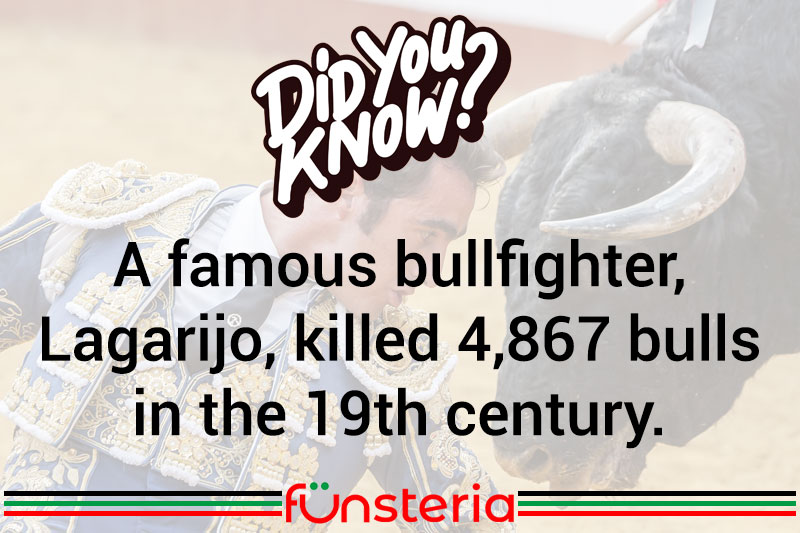 Bullfighting, a la Spanish tradition, is not a recent sport by any means. Evidence of early Man versus Beast confrontations, exist in such things as a fresco unearthed at Knossos in Greece. The painting, dating back to circa 2000B.C. shows a pair of people confronting a bull, then grabbing it by the horns and leaping over its back.

Bull baiting or fighting was a popular spectacle in Ancient Rome, at a time when the fearsome Iberian bull was also used for special sacrifices. The very nature of the beast ensured that it was propagated over the years, and continues to be a distinctive bloodline today. The bulls are naturally aggressive, and not in any way trained or tormented to show the temper they do in the bull ring.

Moors who invaded the Andalusian region in 711A.D. found themselves at loose ends between battles, and besides the need for food, found the Iberian bull to be a worthy opponent in a chase and subsequent battle. It is their discovery of the bull’s natural enmity for man, that is thought to have brought the bull into the arena for public spectacles.

The first public corrida, or series of matches against bulls, took place in 1133A.D. as a tribute to the crowning of King Alfonso VIII. At first, the fights were conducted from horseback, and even kings and princes took part. When the French Bourbon dynasty took over in Spain, the nobility drifted from the arena to the court, and the sport was left to the people, who changed the manner in which it was conducted, introducing different techniques and equipment, including the last, fancy cape which is used in a delicate ballet between man and animal.

Some matadors (the word “toreador” is a French invention), have brief and unremarkable careers, except for the end of it, which has often come on the horns of a maddened bull. Others, like Rafael Monia, known as “Lagarijo” or the Lizard in the 19th century, enjoyed a long run with the red cape, being responsible for the demise of some 4,867 bulls.