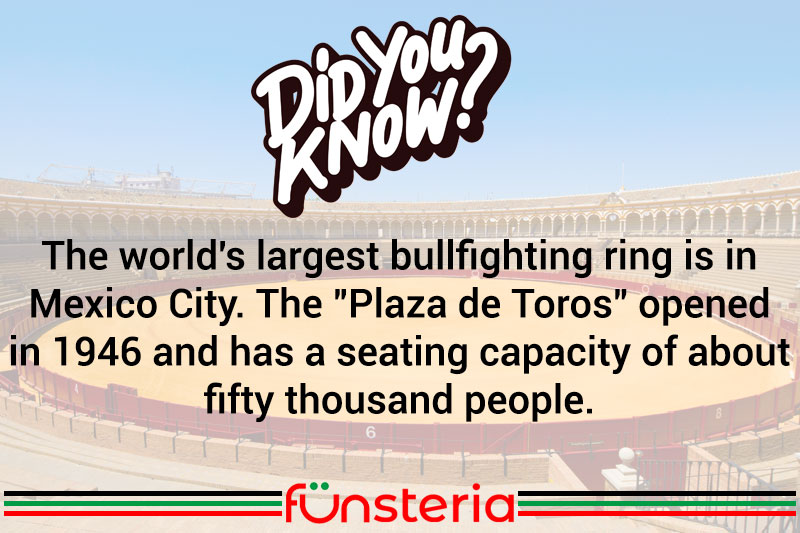 Back then, certain bulls were considered the only appropriate sacrifices to the gods. Experts believe that these were the same special breed of bull that are so carefully preserved today for their ferocity and courage, to be used only for the “art” of bullfighting.

Abhorred in other parts of the English-speaking world, bullfighting is a deeply rooted cultural tradition in Spain, and by extension, Mexico with its strong Spanish heritage.

An afternoon of matches, or a “corrida”, consists of three different matadors, who will each face two bulls apiece. The entire corrida is a well orchestrated and rigidly based on traditions and customs. The matador, or toreador, is preceded into the ring by his assistant, called a “torero”, who will use his own cape to see what kind of mood the bull is in, and hopefully bring him to a peak of annoyance that will make him a fit opponent for the matador.

In the next stage, two men on horseback, known as “picadors”, enter the arena and wound the bull with lances thrust into the muscles of its back. At this point the matador enters to face the enraged bull, and engages first in capework and passes with the bull, before finally killing him with a precise sword thrust down between the bull’s shoulders. All of which is accomplished while on foot.

Despite the growing animal rights movement, it remains a popular native and tourist attraction. Mexico is home to the world’s largest bullfighting arena, which can seat up to 60,000 people.