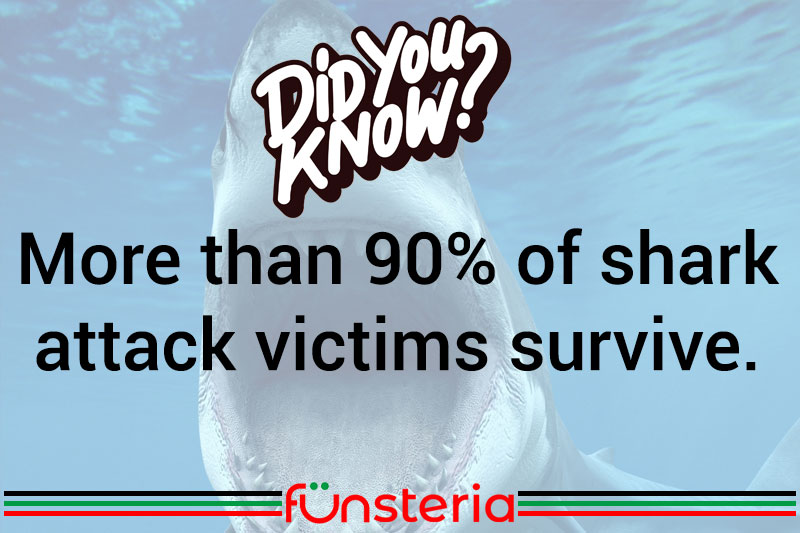 Every year, as waters around the coast warms up, people flock to beaches all over the world, with a wary eye on the water for a triangular fin headed towards them. Whether it is a news story or memories of the film “Jaws”, swimmers are leery of putting themselves in the way of becoming lunch for one of the many species of sharks that inhabit the world’s oceans. But do they really need to worry?

Shark attacks on humans have been recorded for the last 500 years, and in intense detail over the last few decades, thanks to such partnerships as the American Elasmobranch Society and the Florida Museum of Natural History. The society, comprised of over 4,000 professionals in the field of shark, ray and skate study, has worked with the museum to compile several centuries of reports, including diaries, news stories, personal statements, medical reports, and autopsies.

The general theory is that a shark’s brain is a relatively simply one causing it to react to signals that appear to be danger or food, without considering the outcome or consequences. When it is stimulated, hungry, or even bored, it will hone in on things that move within its field of vision, or will swim off to investigate the vibrations from a moving object, be it human or motorized boat. Any resulting attacks are consequently believed to be simple reaction to stimulus, supported by the fact that sharks seldom continue the attack to destroy or consume their victims. Once discovered not to be their usual diet, a shark leaves the “prey”, resulting in a survival rate of over 90% for shark bite victims.