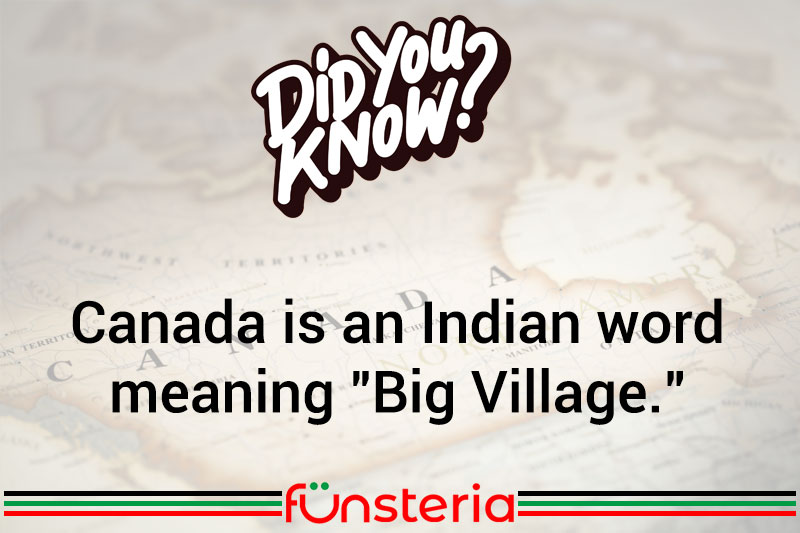 When Jacques Cartier disembarked on the shores of the St. Lawrence River, he picked up Huron-Iroquois guides, to take him inland, and along the waterways.

They came upon the village of Stradacona, which is the present-day Quebec City. The young Indians told the French explorers, that this was a “kanata”, or village. As they continued their explorations, and for those who followed them, the word “kanata” came to represent the entire region north of the St. Lawrence River. Early maps from the mid 1500s, are thought to be the first to record the existence of Canada as a single region.

As fur traders and explorers pushed westward and southward, the area that comprised Canada, spread to include northern portions of the American mid-west, and at one time extended as far south as what is now Louisiana.

Because of the high concentration of people in what is now the area of Quebec and Ontario, it was at one time split into Upper and Lower Canada, then rejoined as the Province of Canada. Upon confederation in 1867, it became the name of the entire country.