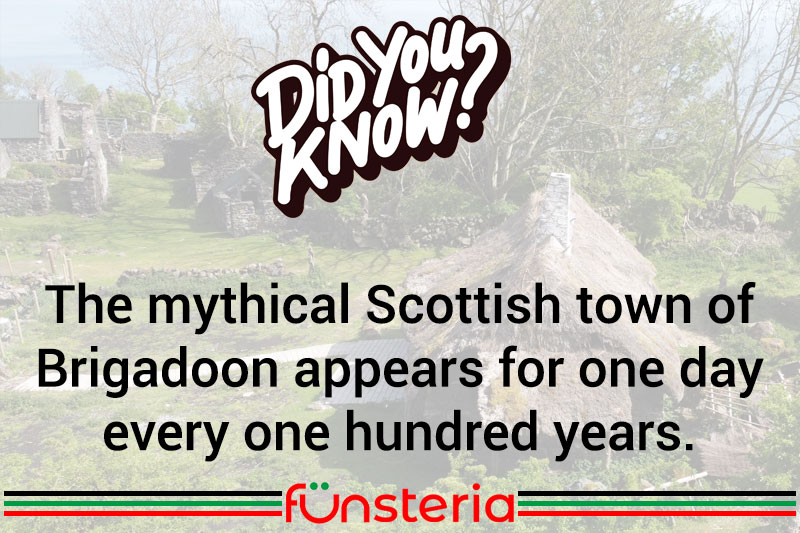 Throughout the history of the world, there have been towns and cities with supernatural origins, bizarre populations, and mythological connections. From the Herculean task of building Rome, to the mystery of whether Atlantis is real or not, the theme of cities with mystical properties has always been the stuff of a good story.

And so it was in 1947 when the legendary duo of Lerner and Lowe produced a Broadway musical called “Brigadoon”, about a mythical Scottish town. The tiny community is stumbled upon by a pair of American men who have traveled to Scotland for the hunting. When they become lost, the duo are drawn to the sound of music that is coming from a nearby glen. There they find the inhabitants about to celebrate a wedding, and in the great tradition of fiction, romance blooms.

But the fate of the characters hinges on the town’s magical appearance. It is such a perfect and unspoiled place, that two hundred years before, their minister had prayed that the town disappear to save it from the invasion of the “civilized” world, and that it only appear for one day, every one hundred years.

While the original authors left no indication of how they came to name their fictional town, it is thought that it derives from either the Gaelic words “briga” and “dun” which mean “strife” and “fort/village”, or the Scots words for “bridge” and “hill”.