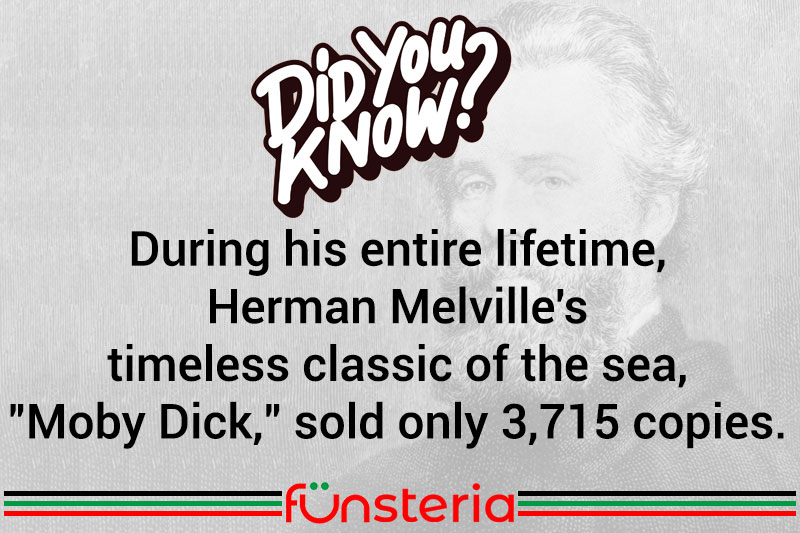 One of the great American classics in literature has to be Herman Melville’s epic story of the obsession a sea captain has for revenging himself on the white whale that was responsible for the loss of his leg.

On the surface, “Moby Dick” is a fascinating and highly detailed account of life on a whaling ship, with all its warts, dangers, and sometimes, sub-human behaviors with rough justice that is dealt out with no real thought to the niceties. But the deeper you get into the story, the more it becomes obvious that Melville has cleverly woven the story and the characters around one central theme of struggle, although there, the underlying point of the book is accorded to many different motivations. Is it the struggle between good and evil? The greed of Man being punished by God? Or the basically unstable nature of Man, when faced with situations where he can’t win?

Melville’s tale is told without “window dressing”, revealing life in all its harshness, and Man with all his faults. As a literary work, it is a masterpiece, but it was quite unlike his previous works. In sales, it was woefully ignored. The book sold just over 3,000 copies during his lifetime.