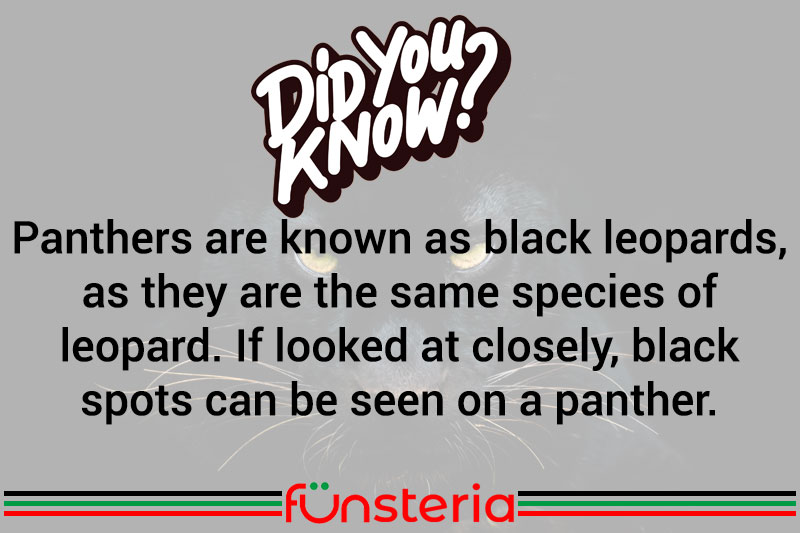 The leopard, member of the Felidae family, and native to Africa and Asia, are one of the most beautiful of the “big cats”, having a light body that ranges from tawny to golden. Dark spots that appear only on their head and neck, expand into a pattern known as rosettes on the rest of their body, a natural coloring that allows them to melt into the surrounding grasses and other camouflage in the jungle. But some of them can even melt into the night, because they are a solid black.

While technically known as a Panther, these seemingly all black cats are actually the same leopard, and can appear in litters with cubs that are spotted normally. The coloring is a genetic mutation known as mellanism, the result of excessive amounts of melanin, which gives them a solid, dark color instead of the light body and spots.

That pattern however, does still exist. When seen up close, it’s possible to get a glimpse of the same rosettes, but as a very black grouping of spots against a black/brown coat. This mellanistic mutation exists in many of the wild cat population, including jaguars, which may be the reason they two species of cats are so often confused. Besides the spotted pattern, and the black mutation, the two cats have little in common. Not only are their bodies a different shape and pattern of rosettes, but the jaguar is a South American cat, and the Leopard/Panther lives half a world away.