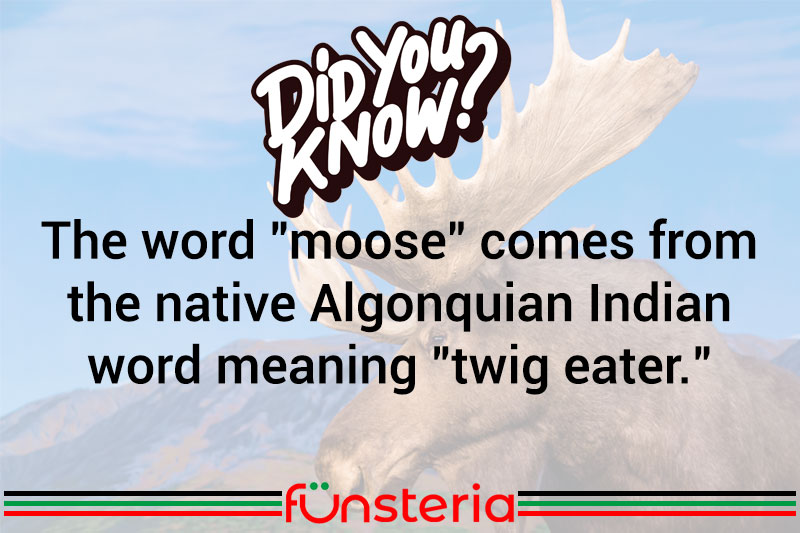 And plenty of other tree branches. Alces Alces, known as a moose in North America and an elk in Europe, has a penchant for nibbling on the nubs of branches, which reportedly is how it got the name, from the Algonquin “mus” or “moos” meaning twig-eater.

They are the largest members of the deer family Cervidae, and are distinguished from other members of the same order, by the nature of the males’ palmate antlers, a flat, heavy, double branch that can stretch more than five feet in width, and weigh over 40lbs. Females do not grow antlers, and the males will shed theirs once a year, growing a new set, which sprout more “points” as they mature.

Their habitat covers most of Canada in North America, and the upper regions of the U.S. In Europe, they are present in a broad range across the northern countries. The moose is prized for its low fat, tender meat, and there’s plenty of it to be had. While a newborn calf may only weight 30lbs., they will range from 300-400lbs. by their first winter, with adult males growing to 1200-1500lbs, and females going as high as 900lbs.

The moose is something of an oddity from a physical standpoint, having front legs that are longer than the rear, a hump behind its shoulders, and a long nose that droops over the lower jaw. Because of their structure, they are unable to lower their heads to the ground to graze, and thus the twig eating from branches of trees, as well as water floating plants while standing in a pond.