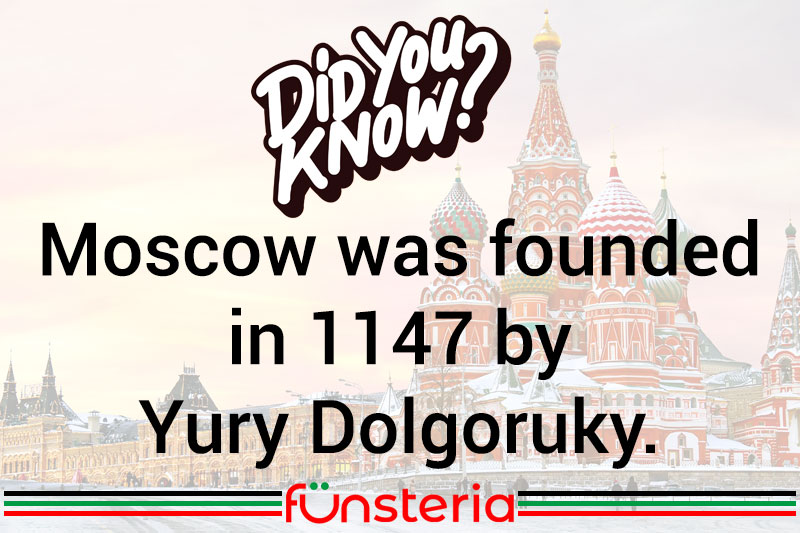 Russia, for all its size and wilderness grandeur, essentially exists in one crowded western section of the European continent. The rest of the country, or what used to be the Soviet Republic, consists of Siberia, which accounts for 75% of the land mass of Russia.

“Civilized” Russia congregated to the western end of the country, where perhaps the climate was more hospitable. Certainly, the summer temperatures of 85F beat the bone-cracking cold of “outer” Siberia, where they exiled criminals and political dissidents from the early 1700s well into the 20th century.

The most populated city in Europe is the Russian capital of Moscow. The urban area, which covers just over 1,000 sq. kilometers, holds 10% of the entire country’s inhabitants.

But it wasn’t always a hub of humanity. Moscow’s first mention in historical records, is 1147, at which time it was visited by the then ruling monarch of most of the region, Prince Yury Dolgoruky. It was a sparsely inhabited town on the banks of the river Moskva, hence the name. In 1156, the Prince had the city walled, and built a moat around it which made him very popular with the people who flocked to Moscow and established it as a thriving city.

But it was ill-fated throughout history, being sacked in 1237-38 by Mongols who murdered all the inhabitants. It did manage to rise again as the center of its own Mongol principality, becoming an even richer center, only to be crushed by Ivan III, who won permanent control of Moscow in 1483. It would remain the capital of Russia until 1703, when Peter the Great built St. Petersburg. Not until after the Russian Revolution of 1917, fearing invasion from foreign forces through the St. Petersburg port, did Lenin move the capital back to Moscow.