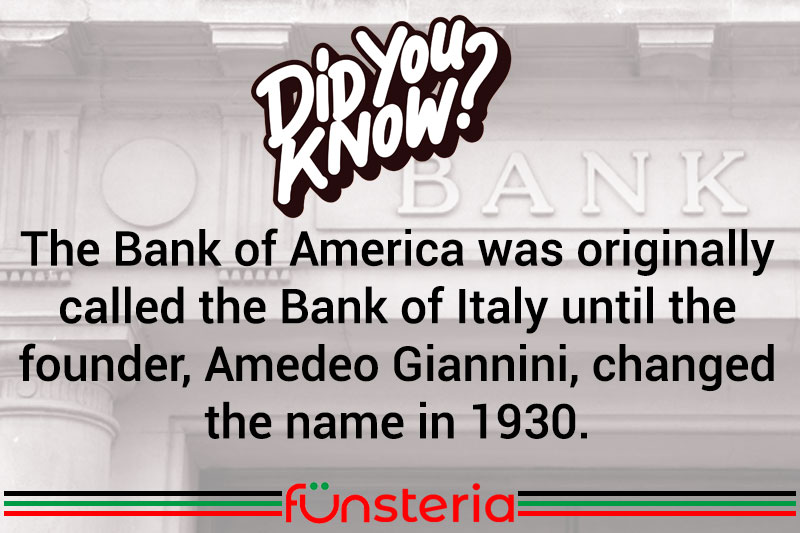 Amadeo Peter Giannini (1870-1949)was a little man by many standards. The son of Italian immigrants to America, he was still viewed as “foreign” by many standards. To prove himself, he entered the wholesale produce business, and became a success while still a young man. But his heart was not in turnips and tomatoes. It was out on the street with the common man, many of them immigrants, who struggled against a world that seemed geared to serve the rich.

To combat the trend, Giannini opened the Bank of Italy in San Francisco in 1904. It was a daring venture, offering savings accounts and making loans to the “little people” that other institutions turned down. His acceptance of their business was based solely on character. And within a year, his deposits amounted to more than $700,000.

But less than two years after opening, he encountered his first major challenge, the great San Francisco earthquake. So total was the destruction, that he was forced to continue his business in the street in front of the former building, with planks set across two barrels. His hours extended into the evening to serve the working man, instead of closing up at 3p.m. like most banks.

Giannini built his financial empire on serving the Greek, Italian, Mexican, Russian, Portuguese, Chinese and Yugoslavian population. In less than 20 years, he owned the third largest bank in America.

During that period, he had expanded, opening branches in other cities, and eventually other states. This was in direct contravention to the usual practice of a bank operating only within the limited boundaries of a city or region.

With literally a cross-country operation working for him, Giannini placed all his banks into one holding company, the TransAmerican Corporation, in 1928. And in 1930, the Bank of Italy, became the Bank of America, still the country’s largest financial institution.