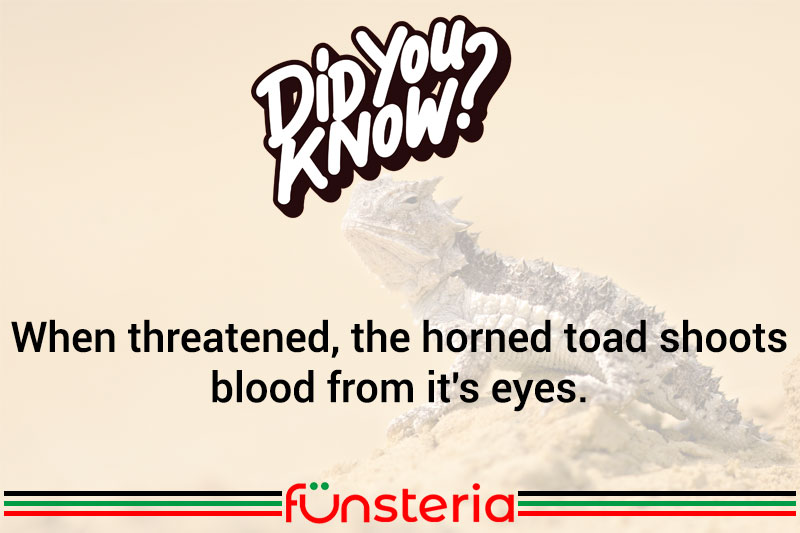 What’s a lizard going to do, when its first, second and third lines of defense, fail? Why, shoot blood at its enemies, of course. Out of their eyes.

The horned toad, is one of the few species able to perform this rather unique stunt. And they aren’t even a toad. It’s actually a lizard, with a short, bloated body shape that gives it the appearance of that ugly amphibian. However, like many other things in nature, that short body has a purpose. It allows the lizard to flatten itself in the wild, casting less of a shadow on the ground, so it blends into the environment.