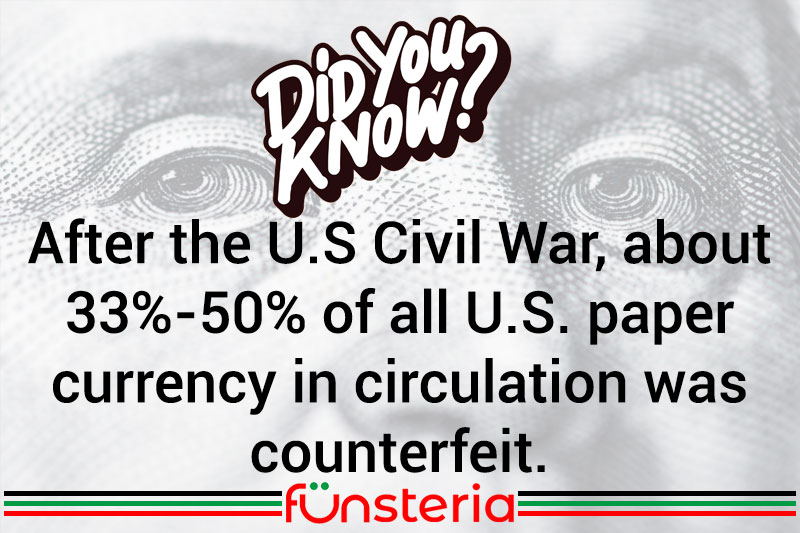 Up until the Civil War, people went about jangling gold and other coins in their purses. Yes, even men carried them back then, although they weren’t the over the arm kind with a drawstring and embroidery. But once the fighting broke out, finances became tight, and brought about the creation of America’s first paper money.

The richly agricultural states, which in 1860 produced four million bales of cotton, were asked to contribute a portion of their cotton sales to the government, in return for paper bonds. Given that the South produced most of the world’s cotton, and that three-quarters of their production was exported, half to England, it was considered a safe investment. What they hadn’t counted on, was that England had laid in a good supply of cotton, having seen the war coming. And then the North blockaded the shipments from leaving Southern states.

Pushed to the wall, the government of the south made seven issues of paper money on reserves they didn’t have, with an eighth made solely for the purpose of paying the army. But it was pretty poor pay. Where the first issue had been valued at 95 cents to the dollar in gold, by April 1865, it was worth 1.6 cents. On the other hand, while they weren’t exactly rolling in it, the Northern greenback only dropped to 39 cents on the dollar.

At the end of the war, the Confederate dollar was worthless, and actually had been all along, since it was never technically legal tender. What the conflict had done, was bring out the enterprising spirit in people with the Midas touch. By 1865, between 33 and 50% of all “legal” U.S. paper money, was counterfeit.