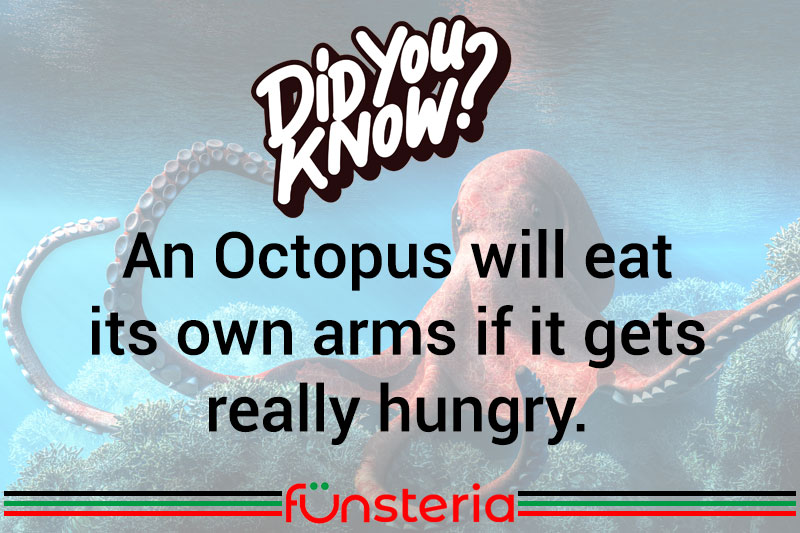 There are a number of living creatures that are known for being able to regenerate limbs, among them the starfish. Other marine animals also have this ability, including the octopus. The question of course, would be what happened to the octopus’ arm in the first place?

The floppy, invertebrate animals are often observed in the wild, missing one or even more of their arms. Note the use of the word arm, as opposed to tentacles. The octopus has eight arms, with suckers along the length of each one. Tentacles are a longer cord or stem of flesh that has suckers only at the end. They are found on squid, which are sometimes confused with the octopus.

In the wild, the missing limbs could be due to any number of phenomena, from predator attacks, to ship damage. They also have the amazing ability to autotomize their arms, or virtually break it off and toss it aside to distract an enemy. Noted for their advanced brain structures, the octopus body and arms hold 2/3 of their nerves, and not the brain. This not only allows them to separate the arm, but permits that severed limb to keep moving, flashing colors, and generally serve as a distraction for predators. This feature also means they are capable of re-growing the arm.

The one instance in which they seldom regenerate a limb, is when they have eaten the arm themselves. This behavior, known as autophagy, or self-cannibalism, generally occurs under great stress, sometimes from the social units they are forced to live in, when captive. These octopus tend to succumb to the associated stress.