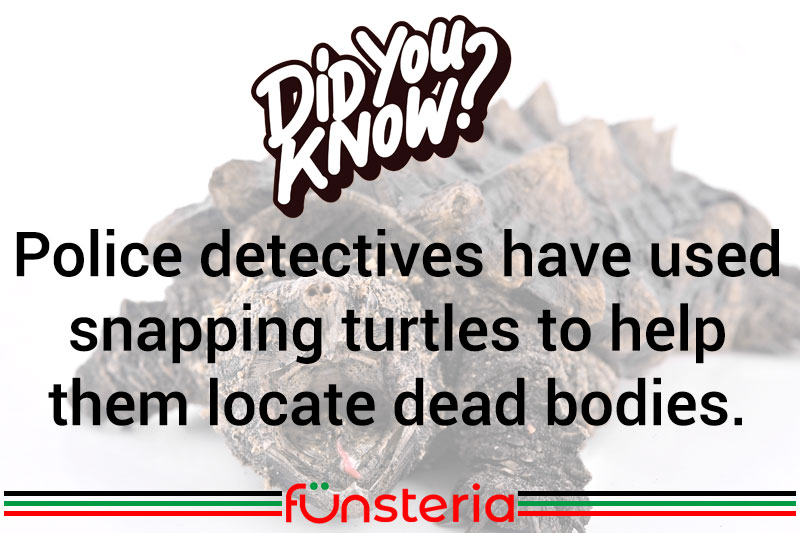 For sheer bad temper, not to mention being darned dangerous, there is nothing more ornery than a snapping turtle. And perhaps he has reason to be just a bit of a loose cannon in a freshwater lake, pond or river.

The snapping turtle is not like your run-of-the-mill turtle in a pet store. For one, the shell is very small, and doesn’t actually cover the tail, head, or limbs. In addition, the head has a covering of scales that is so thick, it is unable to draw it back into the shell, which leaves the turtles vulnerable to attack on their soft tissue. That is, if a predator can get near enough.

It may not have teeth, but the snapping turtle comes equipped with a mean hooked beak at the end of its nose. That little feature is capable of biting through a man’s hand if they are silly enough to put it in the way of a snapper.

Like other turtles however, they are “reactionary” when presented with moving objects, and will snap or bite at almost anything, including baby crocodiles. For the most part though, they feed on dead fish and other creatures that lay on the bottom. At one time, searchers used snapping turtles to search for dead bodies that were past the point of floating. They tethered the turtles with a rope, and turned them loose in the water. When they stopped moving, it was assumed they were feeding, and either a diver would be sent into the water, or they would drag the bottom with a hook.