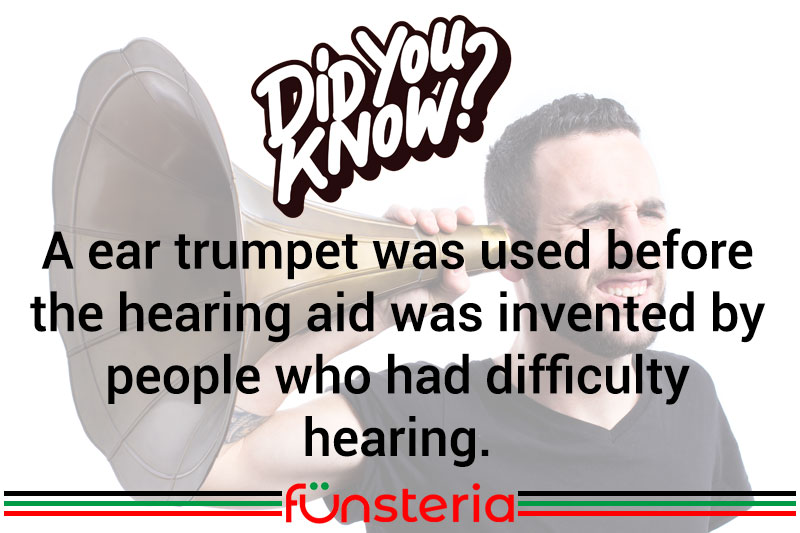 One of the first inventions to convey the voice of one human to another, while not strictly a hearing “aid”, was certainly a convenience that allowed people to hear one another over a distance. It was called the speaking tube, and was often installed between rooms or even floors in large houses or mansions. The premise behind the device, was that the voice or words would be confined within a narrow and rigid passageway as it traveled, thus retaining its crispness. At each end of the tube, were funnel-shaped devices for “gathering” the sounds or words spoken into it, and at the other end, to amplify the sounds coming out of it.

Perhaps from this creation, came the idea for the ear trumpet, as a true hearing aid to those who were losing that particular sense. The ear trumpet was highly fashionable in the 1800s, and either from necessity or purely aesthetics, were made from a wide range of materials including tortoise shell and silver. The material and length, but more specifically the shape and thickness of the tube, affected not only the amplification, but the tones that were conveyed. Some ear trumpets were large, ornate things made of chased silver, while others were collapsible and very portable styles that could be slipped into a pocket. There were even models that fit inside a walking cane.