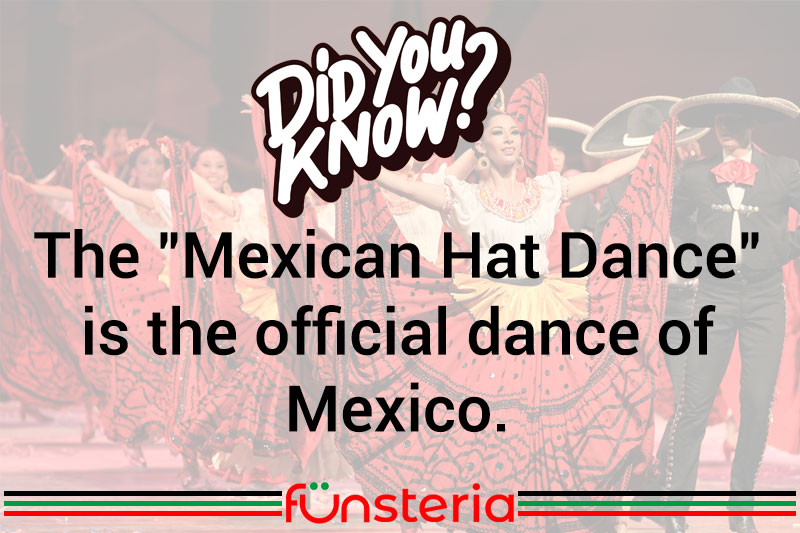 Dance throughout the ages, has evolved for a variety of purposes, from worship, to warding off evil spirits. These days it’s mainly for fun, with some countries permanently associated with one particular style of kicking up their heels.

In Mexico, their national foot-tapping celebration is the Mexican Hat Dance, where men dress as charros (cowboys), and women wear brightly colored full skirts that swirl as they both twirl around a sombrero on the ground.

Scotland’s sword dance, like so many others featuring weapons, had its origins in war. The sword dance, or Ghillie Challium, was supposedly a ritual practiced by men before the entered into battle, and disturbing either of the crossed swords, meant bad luck on the morrow. The tradition is thought to be rooted in a tale of how Malcolm Canmore, having defeated one of Macbeth’s chieftains at the Battle of Dunsinane in 1054A.D., laid his opponent’s sword on the ground, crossed his own over it, and danced around them both in victory, to the wild skirl of the pipes.

England’s Morris dancing, said to be a surviving remnant of ancient rituals, originated in the region of the Cotswolds. The dancing took place every Spring, offering an opportunity for townsfolk and farmers to mix in a social setting, while ensuring the prosperity of the coming year’s harvest. The dancing, which is still celebrated today, features costumes with bells on the legs, lots of leaps and capering, as well as thumping the earth with sticks, to wake it up for the growing season.

America can perhaps claim credit for the popularity and intricacies of modern square dancing, but it’s roots lie in England, with a number of folk dances/rituals. One is the Morris dance: fast, active, and a celebratory ritual. A contribution was made by the French, who had adapted the “English country dance”, and turned it into the Quadrille, thought to be the precursor of the square dance. But it’s true character has matured and ripened over the years in America, until it has become a national institution. And darned good fun.