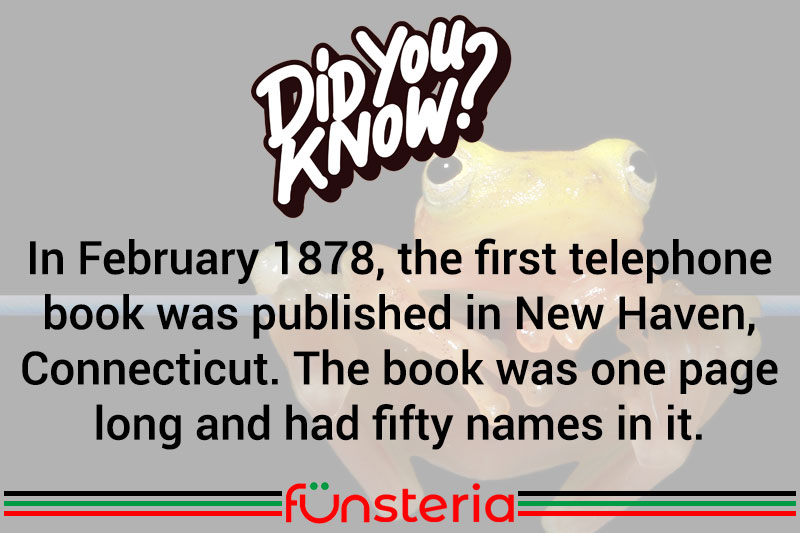 If there is one “modern” invention that spread like wildfire, it has to be the telephone. Gone would be the days of waiting weeks for mail, or sending someone across town on foot or by horse to fetch a doctor. For in 1876, Alexander Graham Bell invented his speaking machine, which we call the telephone.

A mere year later, he opened a telephone service in New Haven, Connecticut. At first, owners were required to buy two phones and put up their own lines. That quickly fell by the wayside as entrepreneurs and inventors went to work on making the device more useful to a wider population.

By February of 1878, there were enough phones in the community, for the first phone book to be issued. It consisted of one page containing fifty names. And no numbers, because the operator would connect you.

Four years after his invention became a reality, the United States boasted nearly 50,000 telephones. Major cities began connecting to each other, but it would be 1915, before the telephone became a transcontinental service.

Meanwhile, such progressive minds as Almon Strowger’s, produced a variety of devices, including Strowger’s arrangement of switches and slides that allowed one line to access 100 others. From there, the phone’s development zoomed into the 20th century, and a bare 100 years later, from transmitting voices, to transmitting access to computers.