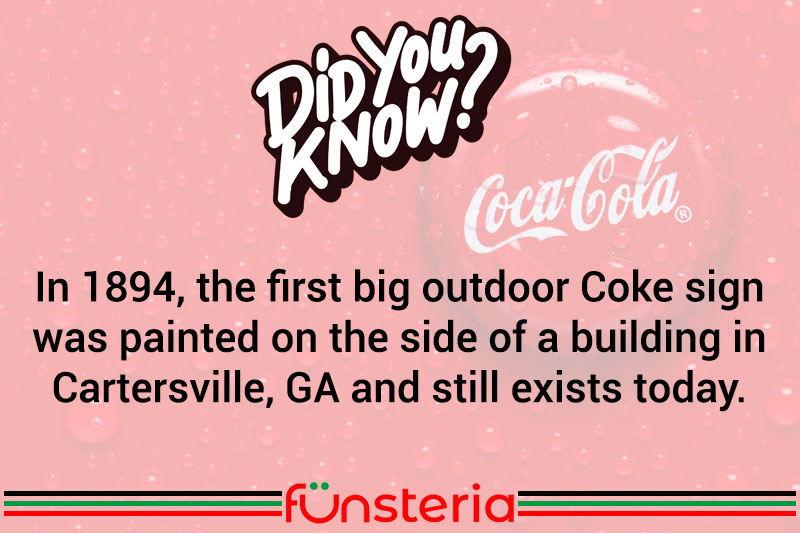 In the state that gave birth to Coca-Cola, there still exists the first visual of the now famous flowing writing on an outdoor building. Appropriately enough, the sign is found on the side of a brick building that houses a pharmacy in Cartersville, Georgia.

The original drink, classified by its inventor John Pemberton as cocawine, was first sold as a health drink at the fountain in his own pharmacy in Columbus, Georgia in 1884. At that time, there was little hue and cry over the ingredients, which were reputed to be five ounces of liquid coca in every gallon of syrup.

Pemberton sold the formula to businessman Asa Candler in 1887, but then sold it again to someone else, all while his son was producing it as well with his father’s blessing, and the rights to the name. Candler’s pursuit of legal claim to the Coca-Cola name was resolved in 1894, the same year that syrup salesman James Couden took brush and paint to the side of the pharmacy in Cartersville, and reproduced the now famous script.

The sign, which received a state preservation award in 1990, had 25 layers of paint removed, to get down to the original text.