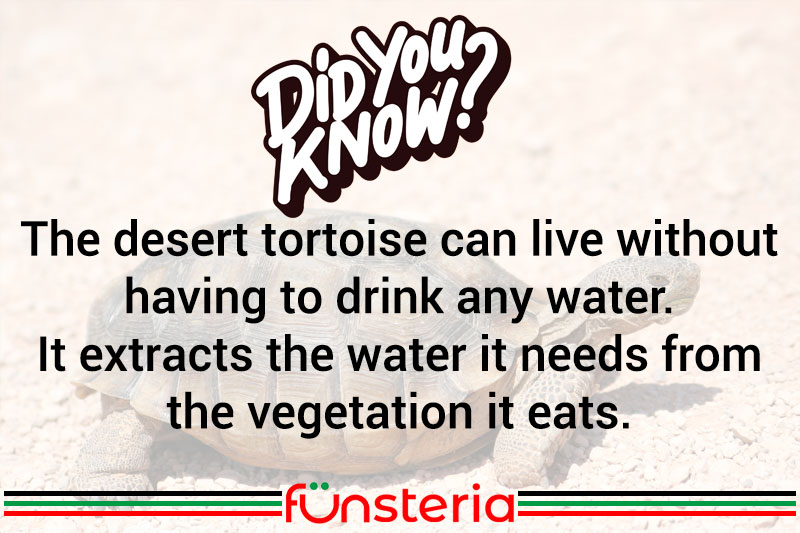 For the most part, the story of the three or four species that qualify as a desert tortoise, is a pretty dry one. At least when it comes to actual moisture. That’s because the genus gopherus lives primarily in the desert or near desert conditions of Mexico, Texas, and in a few instances, southern Florida.

This is one of the features that sets the tortoise apart from the turtle, something that frequently confuses people. Turtles are physically structured both in shells and legs, for swimming. The tortoise, with a higher domed carapace (back shell), is not designed to swim, simply because it evolved where there was no water. Instead, it has powerful hind legs that the female uses for digging her nest, and flat front legs, which are used by both sexes to dig burrows, which is where they spend up to 95% of their time.

The desert tortoise can live in an environment that reaches 140F, only because of their hiding underground, where it’s cooler. But what do they do for water? When there is rain, they will drink. However, adults can live a year or more, without actually taking water in all by itself. Most of their dietary moisture is obtained through young green plants and flowers that bloom in Spring, and the drier, but still moist plants consumed the rest of the year.