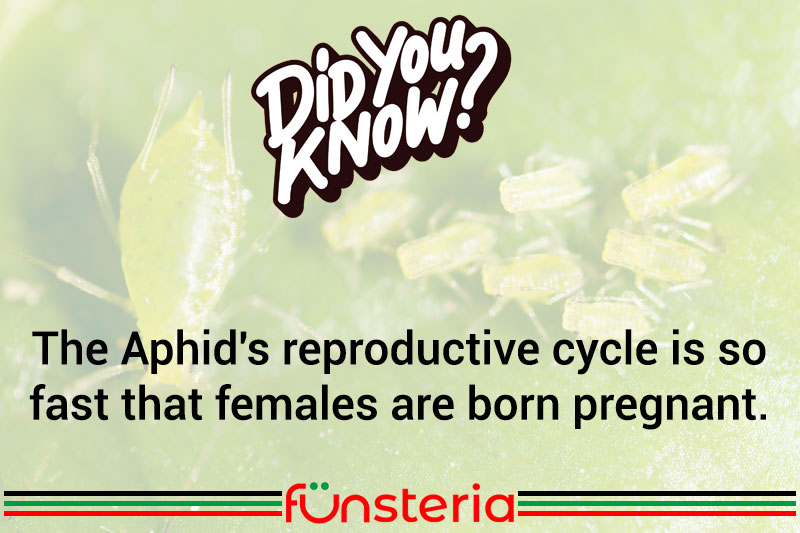 Human reproductive technology has certainly stood the scientific world on its head over the last 30 years, but in Nature, some of the ways that life on Earth regenerates, is downright strange.

Aphids are born pregnant. In fact, they are pregnant before they are born. The common aphid, of which there are 4400 species, produces only female offspring, which are already pregnant with the next generation, allowing for quick multiplication of their numbers. In their growing phase, they may become males, or remain asexual.

Female Asian elephants reach sexual maturity at 9-12 years, but the males may not mate until they are 30 years old, when they are strong enough to compete for females. The gestation for an elephant is 22 months.

While earthworms have both sets of sexual organs, they cannot reproduce on their own. They must mate with another worm, after which, eggs are formed in a slime tube that is shed over the worm’s head, and left on the ground.

Clams are classed as a bi-valve, which simply means they have two shells. The clam draws water in through a siphon, where plankton is filtered out to feed it, and then waste and excess water is passed out through the “exhalant” siphon. When clams reproduce, the eggs develop inside their body, and the miniscule larva are then expelled through the exhalant siphon, where they fall to the bottom of the sea/ocean. They then wait for a passing fish or sea creature to brush against them, and they fasten themselves to their skin. The skin eventually grows over them and creates a cyst, out of which they burst at maturity, and fall to the floor once more, to grow into adulthood.