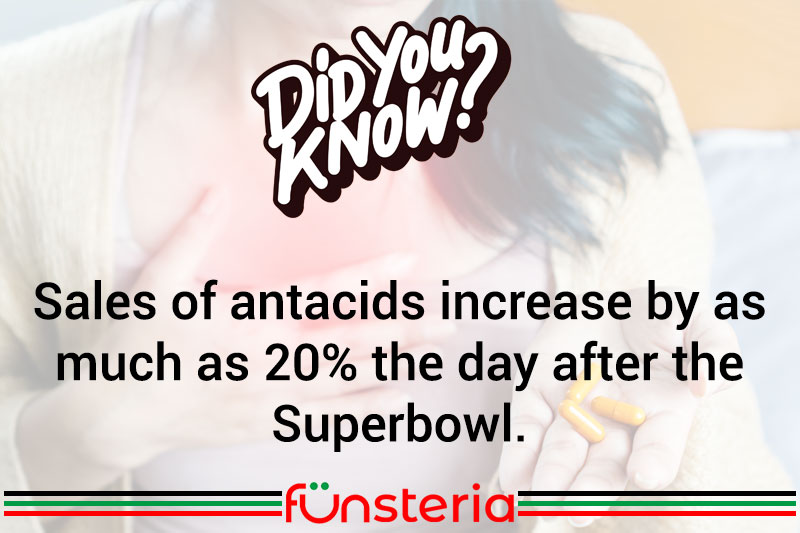 Valentine’s has its chocolate, Mother’s Day has its flowers, and now Super Bowl Sunday has its…pizza? According to surveys, frenzied fans, and their fed-up spouses/partners, would rather call, than cook. The biggest day of the football year has fans reaching for the phone to dial their favorite pizzeria.

Could that be why, the day after the Super Bowl, sales of antacids rise by 20%? While it might be suspected that the taste for Tums is a result of not having bet on the winning team, it’s much more likely to be from the assorted snacks and beverages consumed during the game, possibly combined with the frustration of missing a good pass when the dog got his head in the popcorn bowl.

Among the goodies consumed by fans during the 2004 game, was an estimated 43.5 million pounds of guacamole dip. That’s enough to bury Reliant Field seven feet deep, from one end zone to the other.

Strangely enough, a USA Today poll once revealed that the least favorite commercial that ran that year, was one for Pepcid, which featured a groundskeeper’s use for his old stock of the antacid.