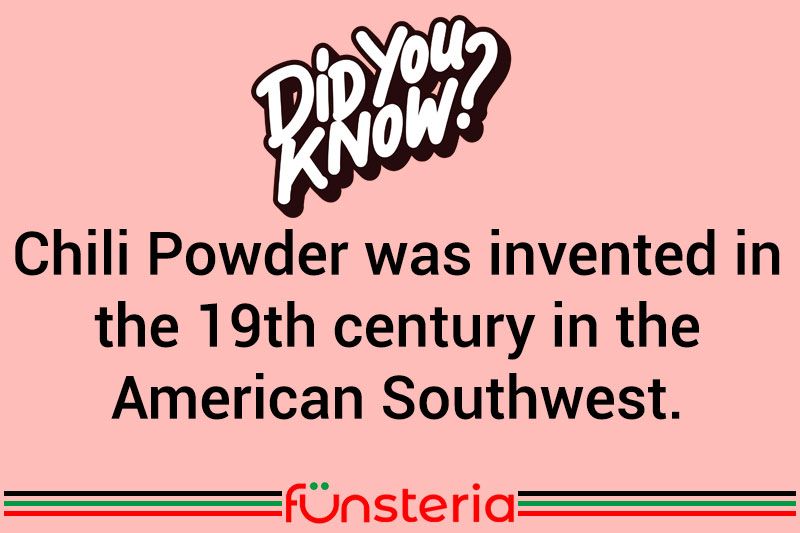 Chili, or Chili Con Carne, is a staple, and even a revered gourmet dish in areas of the southwest, particularly Texas, where they claim to be the birthplace of the mind-blowing blend of meat, spices and tomatoes.

But the name is Spanish, which has always lead people to believe it was an invention of Mexicans, just across the border. But the Mexicans aren’t laying any claim to it, and although it is offered on menus there, it’s usually only for the tourists. So where did chili come from?

One story has it that as cattle drives headed out, their cooks would plant onions, peppers and oregano, and reap the harvest on the trip back, throwing it all into the pot with some of the “leftover” beef. Other versions lay the blame on the Texas prison system, where cheap cuts of meat were the rule, and boiling them for a long time with peppers, onions and spices, made it more palatable.

But the debate over who invented powdered chili, is even hotter than who first put together this uniquely American dish. William Gebhardt, a German immigrant in New Braunfels, Texas, began selling powdered chili in 1902, under his own name as a brand. But wait! Over in Fort Worth, Texas, a grocer by the name of DeWitt Clinton Pendery claimed to have been selling crushed chilies since the late 1800s, under his own brand name. Oddly enough, both these brands are still big sellers today.