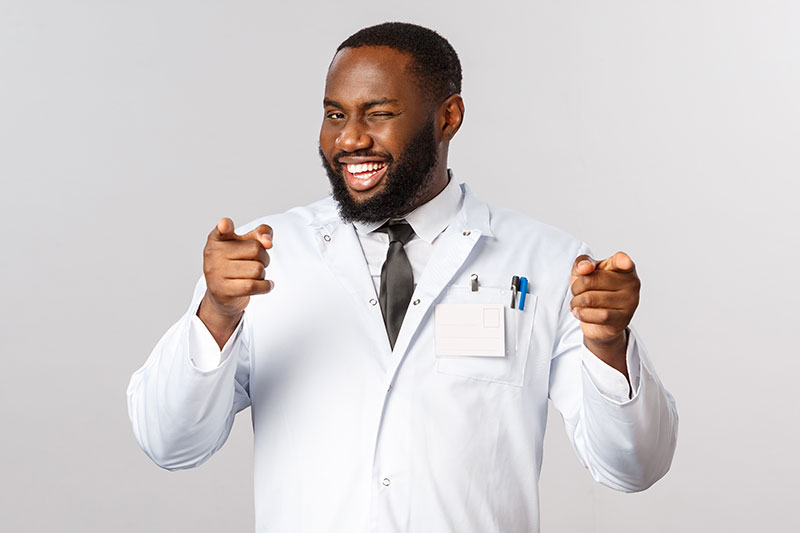 A man goes in for an interview for a job as a TV news broadcaster. The interview went quite well but the trouble was he kept winking and stammering.

The interviewer said, “Although you have a lot of the qualities we’re looking for, the fact that you keep winking and stammering disqualifies you.”

“Oh, that’s no problem,” said the man. “If I take a couple of aspirin I stop winking and stammering for an hour.”

“Show me,” said the interviewer.

So the man reached into his pocket. Embarrassingly he pulled out a variety of condoms before he found the packet of aspirin. He took the aspirin and soon talked perfectly and stopped winking.

The interviewer said, “That’s amazing, but I don’t think we could employ someone who’d be womanizing all over the country.”

“Excuse me!” exclaimed the man. “I’m a happily married man, not a womanizer!”

“Well how do you explain all the condoms, then?” asked the interviewer.

The man replied, “Have you ever gone into a pharmacy, stammering and winking, and asked for a packet of aspirin?”