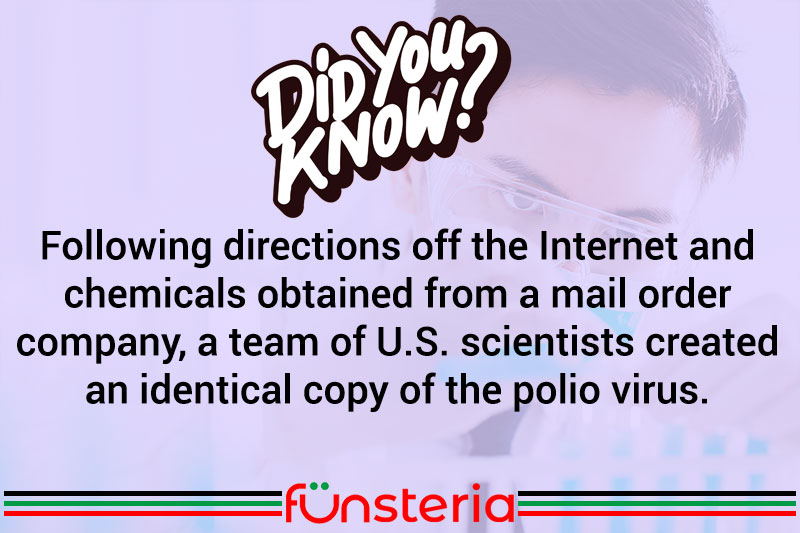 Most replicas of living organisms are not functional, simply because they lack the same genome sequences to act and react as the original did. That can’t be said about a synthetic poliovirus developed in 2002, which stirred fears worldwide, of bioterrorism.

Using directions found on the Internet, along with gene sequences they purchased from a mail-order supplier, a team of scientists was able to replicate the structure of the original poliovirus, which until recently, was thought to have been nearly eradicated.

The virus appeared identical in every way, but there was controversy over whether it was “live”, or capable of functioning as a pathogenic virus. The scientists then took their product and injected it into laboratory mice, who became paralyzed and died.

The results of the study were published in the online journal Science Express in July of 2002. At that time, the researchers who developed the synthetic poliovirus emphasized that it is one of the simpler forms of viruses and that there were very few people in the world, who would have the knowledge and expertise to attempt reproducing other more complex forms.

Smallpox remained the primary concern, but as noted at the time, its genomic sequence is 25 times the length of polio’s, and while theoretically, it is possible to duplicate, it would not likely be accomplished in the near future. Health organizations used the development to stress that it was necessary to continue vaccinating for diseases such as polio, even though they may not currently exist in a given country.