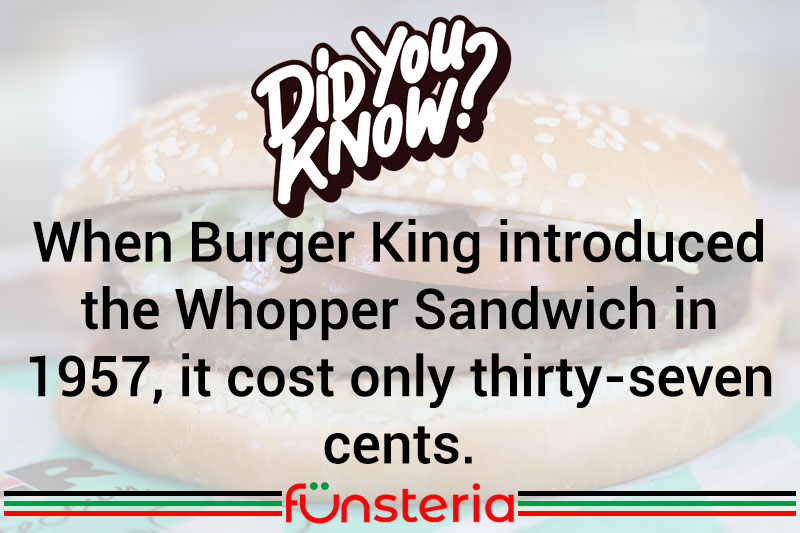 Remember the days of five and ten cent ice cream cones? And when a burger went for 18 cents, with a Big Whopper costing a fair chunk of change at 37 cents? Then you remember the beginnings of the fledgling Burger King chain in 1957.

The Big Whopper, their “signature” sandwich, came into being three years after establishment of the second biggest chain of fast food restaurants in the world, today. Burger King(r) now operates more than 11,000 franchises in 65 countries, with 7,300 of those in the contiguous 50 states of America.

In the U.S. alone, people purchase enough French fries at Burger King, that laid end to end, they would go back and forth between the Earth and moon, seven times, or 240,000 miles. Those are served with a variety of fare, some of them local dishes in the U.S. and ethnic dishes in franchises around the world. Their big seller is the Whopper, which helps account for much of the 308 million pounds of beef that Burger King as a chain, goes through in a year. Little wonder, when you realize that the Whopper can be ordered in an amazing 221, 84 ways.

It’s not just their food that’s fast, either. In 2000, a Burger King restaurant in Rotherham, England, was build in just 24 hours by a team that included management, employees, and professional construction workers.