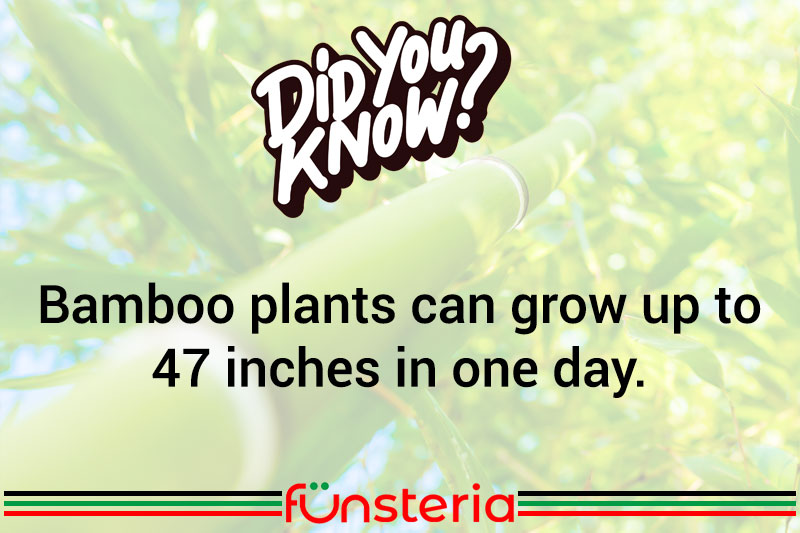 Many people tend to think of bamboo as an exotic plant, in that it grows in eastern Asia, and is most popularly known as the diet of panda bears from China. What they don’t realize, is that there are some 2,000 species of bamboo which can be virtually indistinguishable from each other, but which do grow in a wide range of climates.

That means that growing bamboo at home is not only possible, but actively carried out in many areas of the U.S. Depending on your location, there are species that will grow in temperatures that drop as low as -20F.

If you start out with the right type of bamboo for your temperatures, soil composition and moisture, you can soon be enjoying a lush, “exotic” greenery that will grow and spread faster than you could ever have imagined.

Bamboo plants grow on rhizomes, a network of roots that run along under the ground, and put up new shoots to start other clumps of culms, or stalks. The clump will grow to its maximum height, usually within the first season, and then will sprout additional branches. That first season can be quite a surprise though, when you see an eight inch diameter stalk reaching 60 ft. In scientifically controlled conditions, stalks have been known to grow as much as 47 inches in one day. However in the average garden or the wild, 12 inches a day would be closer to the norm.