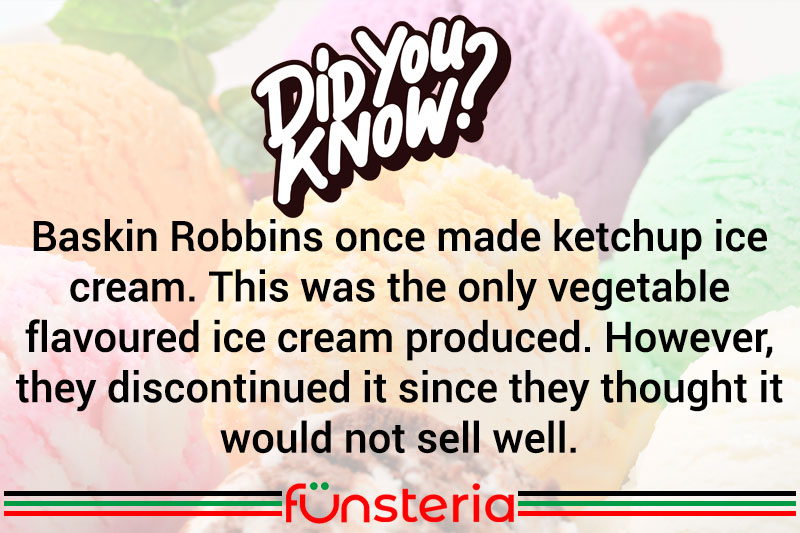 Baskin-Robbins is perhaps the best-known companies in America to produce that delightful dessert called ice cream. They tout themselves as having 31 flavors, one for every day of the month (and a few extras left over for February). But of course, it depends on the whims of franchise operators, and you may actually see anywhere from a dozen to over 40 flavors on offer.

The one you won’t see, is ketchup. Yes, ketchup. Way back in the 1970s, the popularity of the t.v. show “All In The Family” caused the company to make what was likely their biggest mistake, ever. They created a ketchup-flavored ice cream in honor of the bigoted Archie Bunker, who ate the spicy, red tomato sauce on everything.

As an ice cream, it didn’t end up in many sundaes, although it might be popular with a certain sector of consumers today, being the only vegetable based ice cream ever made. In reality, only a few hundred barrels of the stuff were made, and it was quietly allowed to melt away into history.

The Baskin-Robbins company, which is now part of a conglomerate along with Dunkin Donuts, has struggled in recent years for its old market share, against newcomers like Bruster’s Ice Cream. Which means they’ll be looking for new taste sensations. Is a re-birth of ketchup ice cream in the offing? And if so, would you want fries with that?