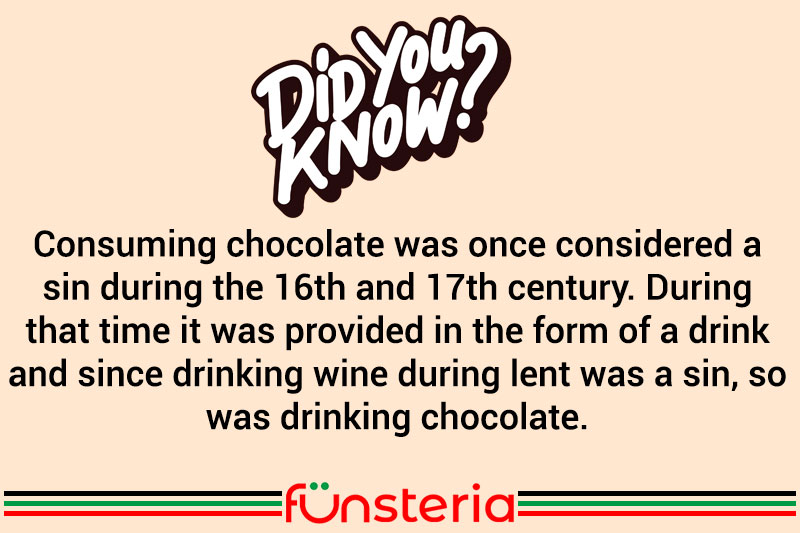 Before Spaniards and other “civilized” nations set foot in the Americas, there was no concept of sin as we know it. Or as the church knew it back then. So the natives were downing hot chocolate, without considering their immortal souls.

The cocoa tree is endemic to the South American climate, likely originating in the Amazon basin area. They bear large pods that contain white pulp and the beans, from which cocoa is made.

It’s a rather unique food as well, because the fat content is solid at room temperature, but of course, melts in your mouth, and liquefies easily to make a drink. Europeans first encountered it in the Gulf of Honduras, where natives were carting sacks of the beans around for trade purposes.

In fact, at one time, cocoa beans were something like growing money on trees. Valuable for exchanging to acquire other goods, they were also used as a coinage in Nicaragua. There is even a record of one Hernando Valdez, purchasing a slave for 100 cocoa beans in 1513.

Chocolate as a drink, arrived in Europe long before coffee and tea became the beverages of choice. So popular was it, that by the mid 1660s, the Catholic church became fixated on the dilemma of whether or not chocolate constituted a “drink” (that was for pleasure, like alcohol). After much discussion, it was included in the same broad ban as beer and other spirits, and forbidden during Lent.