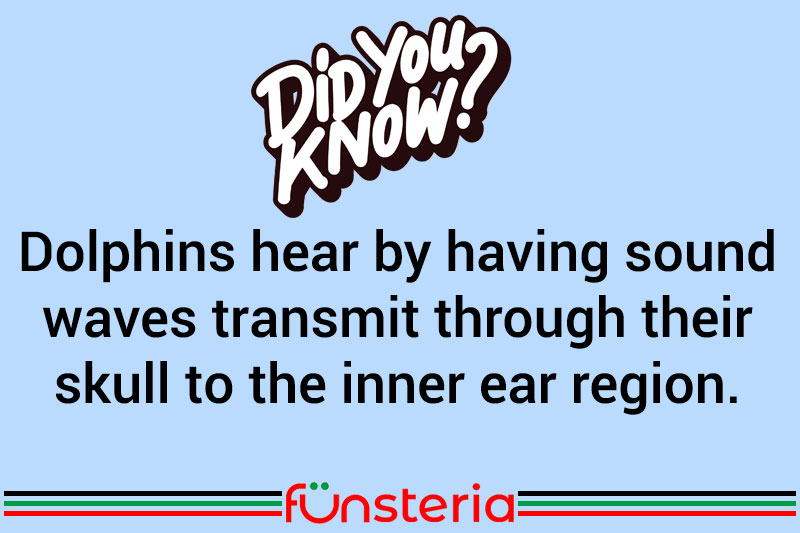 The human ear is a marvel of Nature’s design, with its drum, nerve endings, and auditory system that conducts signals through to the brain. We can hear a range of sound from about .2 to 17KHz. That’s in the open, on a clear day, and with no distracting sounds. And while humans can hear underwater, the sense is greatly reduced because it’s not the natural habitat for which the ear developed.

That’s where other creatures have an advantage. For example, Killer Whales can hear a far greater range of sounds than Man, up to 125KHz with a typical level of 20KHz, and declining perception above that. But you don’t see great, flapping attachments on the side of their heads. Because they hear through their jaws.

The Killer Whale’s jawbone is an excellent conductor for sound waves. The vibrations run along the basically hollow bone to a pocket of fat at the back, where the bone reaches up towards the earbone complex. This very satisfactory system is bolstered by additional input of vibrations that are received through bone and soft tissue that surround the ear opening. Not only do they hear the sounds of other creatures and boats, they hear themselves. The Orca possesses the extra auditory ability for echolocation, bouncing sounds they make off other objects to gather information about their location, size, and possibility that they are either a threat, or lunch.

Dolphins also possess the same unique hearing system. While they too have ears, the majority of sounds they receive, are conducted through the lower jaw. In fact, the dolphin’s hearing is the most acute sense they possess.