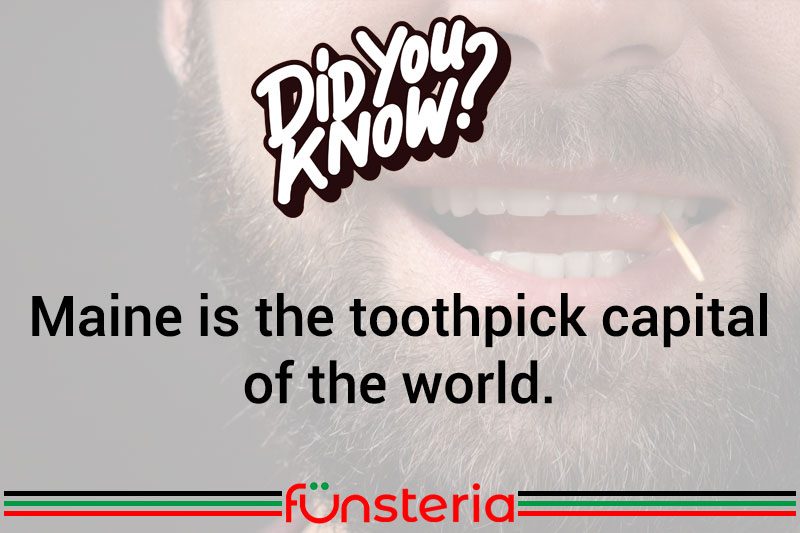 As anyone who has ever attended an outdoor corn boil or barbecue knows, there is nothing more annoying than getting corn stuck between your teeth, and nothing harder to dislodge without a little help.

And as history shows us, corn was a staple crop, even for early civilizations, so how did they cope with it? According to the remains of early Man, they used toothpicks, or something to pick their teeth on a regular basis. The dentition of skulls from prehistoric times, show grooves worn in the teeth, which are consistent with regular rubbing by an instrument that fit in the gaps.

As Man became civilized, his dental tools evolved to where teeth cleaning was done with either a metal tool (gold in the case of high society), or a sharpened feather/quill. Then in 1869, along came Charles Forster of Boston, Massachusetts, who took slivers of white birch, and made them a byword, by hiring Harvard students to eat in local restaurants and insist on toothpicks after their meals. Forster had gotten the idea while on a trip to South America, where he saw natives using slivers of wood to clean their teeth.

The factory he founded for his new version of an old standby, still operates today in Strong, Maine. Logs of birch are steamed, and then “unrolled”, with flat toothpicks being cut out of the resulting thin sheets of wood. Round toothpicks are made by cutting oversized slivers of the wood, and inserting them in a machine that rounds them off. The state of Maine manufactures 90% of the countries toothpicks,

The first machine for manufacturing toothpicks, was patented in 1872, by Silas Noble and J.P. Cooley, of Granville, Massachusetts.

And we can just tell you’re dying to know this…one cord of wood (logs 8′ in length, stacked 4′ high, and 4′ wide) can be turned into 7.5 million toothpicks.