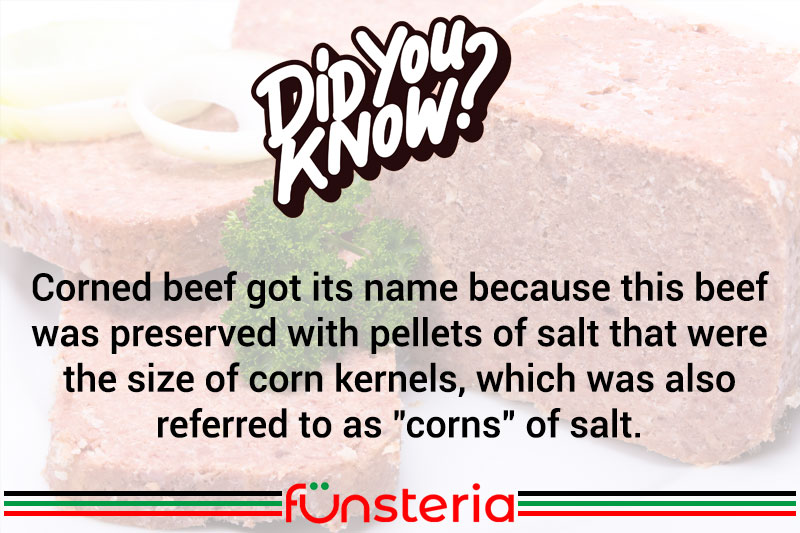 Almost anyone you ask who knows about this kind of thing, will tell you that Corned Beef is an Irish dish. But ask them how they know. Because nobody ever told the Irish!

The traditional interpretation is that corned beef was a special dish reserved for Easter, or St. Patrick’s Day. And while special meals were no doubt cooked at that time, Irish historians say if there was meat to be had, it was far more likely to be a piece of salted bacon. This is particularly true in the 1800s when most Irish families had very little meat in their diets, and when they did, it was more often mutton than beef.

For that, we go back to Anglo-Saxon times, when meat for the winter was preserved by packing it in barrels with “corns” of salt. The salt, in pellet form, was roughly the size of a corn kernel, hence the name “corned”.

A more likely explanation for the Irish love of corned beef, is that it was a staple of the American military diet for both sides, during the Civil War. Irish having fought on both sides, may have taken a taste for the inexpensive dish, and it became a diet staple in the years afterwards.