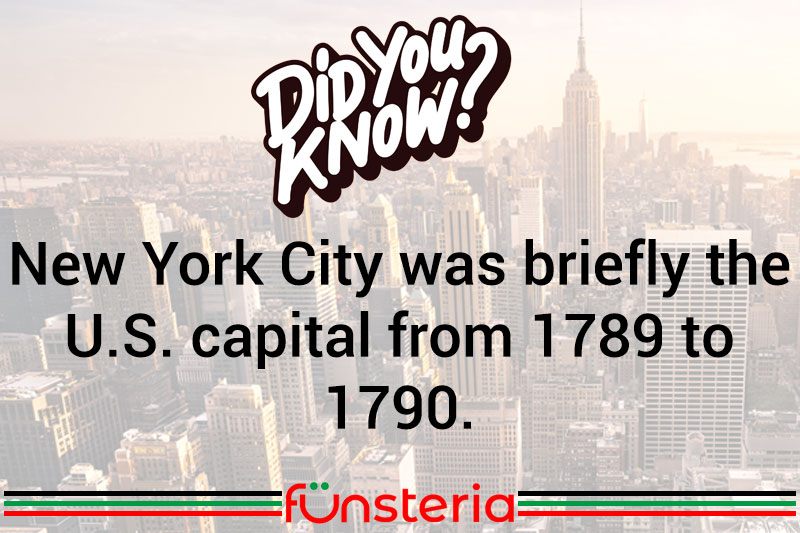 Known far and wide as the Big Apple, the city of New York has a long and varied history as a major landing point for immigrants to America, and as the home base of some of the more prominent industry and intrigue in the country.

The first explorer to land in the great city’s harbor, was an Italian, but the area would go virtually unvisited until Henry Hudson discovered Manhattan in 1609, while on a Dutch-sponsored voyage. While the Dutch did establish the first colonies in the state, they were ousted by the English in 1664, and ceded the territory to them in 1674.

The British stranglehold on what would one day become the most populous city in North America, lasted for over a hundred years. The city itself was the scene of many early skirmishes in the American Revolution, with an estimated one-third of the action taking place in and around the city, which was becoming progressively more split in its political affiliations. It actually remained on the side of England for some years, with British ships not deserting the port until 1783.

It was up to Alexander Hamilton to spearhead the movement that brought New York into the newly formed country of the United States and accept statehood in 1788. Not only did it become a state, but New York City became the state capital, and capital of the country until 1789. Both roles were subsequently lost to Albany, N.Y. and Washington, D.C. respectively.