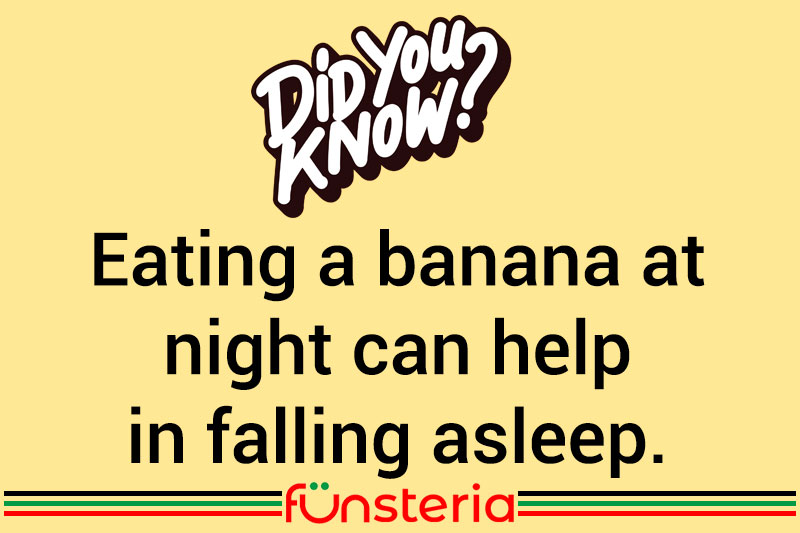 That most familiar of fruits, the banana, is also America’s favorite, with the average citizen eating a whopping 26 pounds of them each year. So popular is the banana, it has become part of our lexicon and terminology.

Somewhere in the 1930s, the expression “going bananas” came to be understood as someone who was nuts. Around the same period, the term “banana” was applied to comedians who were the lead entertainers at burlesque shows. Consequently, the person who followed them was the “second banana”, or inferior to the first.

One of the last things you might have expected a banana to be used for is a sleeping pill. But as it turns out, the yellow fruit has loads of the amino acid tryptophan, which can help induce sleep. As a result, it is a recommended food for bedtime snacks.

Perhaps the strangest recommendation for banana consumption is to take one, or even two, before riding in a MACH speed jet, or the iffier rides at your local fair. Is it because they prevent nausea and the subsequent loss of your lunch? No, but according to “experts”, they don’t taste as bad coming up.