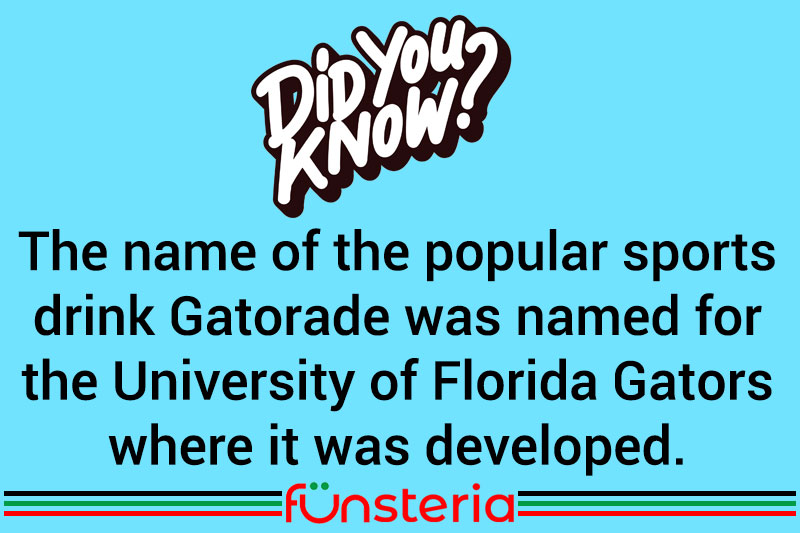 It sure is hot in them there Florida swamps. Playing football in that kind of steamy heats takes a lot out of a fella. Which is how we come to have Gatorade sports drinks, today.

Back in 1965, the Florida Gators football team was struggling against the heat and dehydration, and their games weren’t going too well. So researchers started tinkering around, and came up with a formula that was carbohydrate and electrolyte based. Soon, the re-invigorated Gators players were taking the second half of a hot game in stride. The new drink, named Gatorade for the team, was far more effective in combating the depletion of body fluids, than plain water.

Other athletes started using it and found the same great results. Then the Kansas City Chiefs received a few cases from the coach of the Gators, since the NFL team was having similar problems. They took Gatorade all the way to Super Bowl IV.

Commercial production began in 1967, after the rights were bought by the Stokely Van Camp company. Since 1973, the inventors and the Univerity of Florida Gators have earned over $80 million in royalties.